It’s safe to say that most of us have eaten some pretty unique things in life: Maybe it was a bowl of mom’s special homemade chili (the secret ingredient forever classified), maybe it was some weird French snail type of thing, maybe it was just a really big fruit. But, we’ve never eaten a truly, world record-worthy meal. This begs the question: What constitutes a world record meal? Well, hopefully, these record-breaking foods will help answer that timeless question. 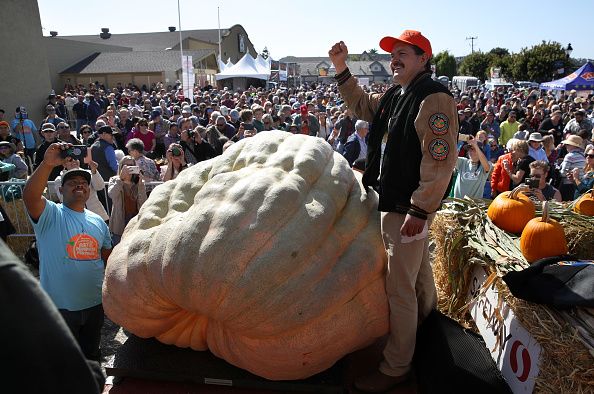 This monstrous piece of pumpkin belongs to Leonardo Urena of Napa, California. You can see him fist-pumping right by his monolithic pumpkin, which weighs approximately 2,17 pounds. The pumpkin won the Safeway World Championship Pumpin Weigh-Off (which, apparently, is a thing) in 2019. The world, always incredibly sensitive to the ups and downs of pumpkin weigh-offs, hasn’t been the same ever since. 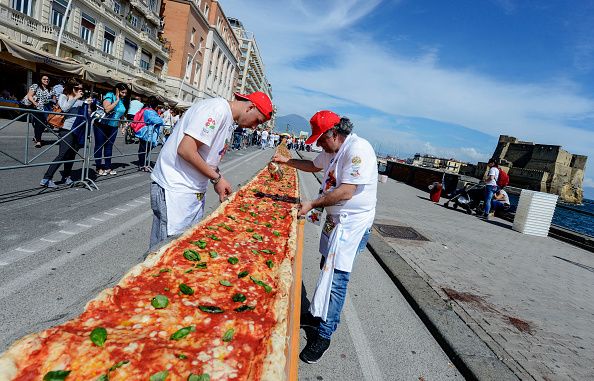 In 2016, Neopolitan pizza chefs attempted to break a Guinness World Record in Naples. The pizza measured a staggering total of 6,082 feet, completely humiliating the previous record of 5,234 feet. Both records, unsurprisingly, were set in Italy. Boy, do they love their pizza. And who can blame them? We would devour that 6 thousand feet pizza in a heartbeat. We will, however, pass on eating the crust. Yes, we’re those guys. 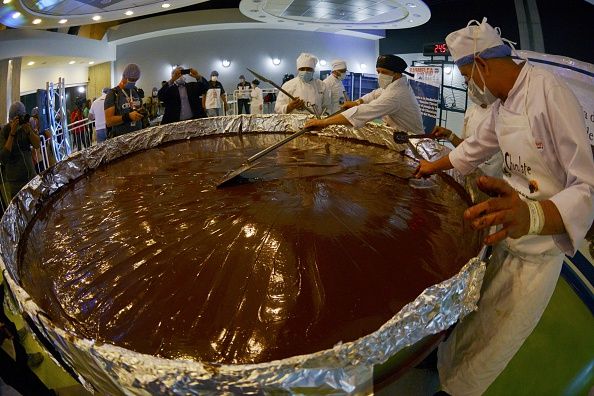 This absolute chocolate unit weighs 1,450lb and it is both massively terrifying and terrifyingly massive. It was only 2015 when a group of Venezuelan chefs banded together to make their incredibly strange vision come true: They set out to bake a comically large coin made entirely of chocolate. Somehow, they pulled it off and made chocolate-coin history.