The Italians have finally done it. They’ve lifted the barrier; they’ve ascended the transient plain; completely consumed by holy cheese insanity, they’ve shed their mortal shells and ascended into cheese eternity.  Last July, Italy had at long last claimed what was theirs, and earned the bragging rights to the world’s largest block of sheep’s milk cheese. They became the proud parents of a 1,320-pound Pecorino monolith measuring 5.4 feet wide and 2 feet tall. This enormous feat begs the question: Have we finally realized a type II civilization on the Kardashev scale? 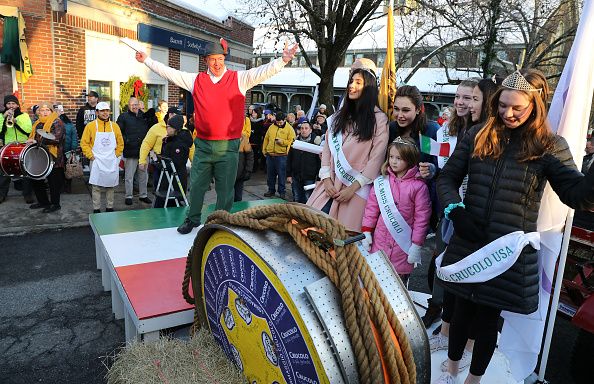 The absolutely gigantic block of Pecorino Romano cheese (which is a hard, salty cheese, often used for grating made with sheep’s milk) was produced in Loculi, in the Nuoro province of the island of Sardinia. The island is notorious for its rich history, boasting over seven thousand prehistoric archaeological sites, and relatively uncultivated, natural landscape; the island is the only region of Italy to not have a motorway. This rural environment is the birthplace of the world’s largest block of Pecorino cheese. For anybody versed in the art of cheesemaking, or just big on Italian culture in general, this should come as no surprise: Cheese is a big deal in Sardinia. There are more than 3,500,000 sheep, goats, and cows on the island that make up its gigantic dairy industry.

The cheese completely shattered the previous record holder, a 2010 block of Pecorino hailing from the Le Marche region. It was seasoned for approximately twelve months and was composed using four-thousand five hundred litres of sheep’s milk. Once completed, the dairy masterpiece was cut into small portions which sold for five euros (which is about six dollars) per slice. Not bad for record-breaking cheese, right?