When Beatboxing And Spiritualism Come Together
Rebecca Rodriguez

Thirty-seven year old Yogetsu Akasaka has recently gained no shortage of attention online for his incredible and unique music skills. If you haven’t yet heard of this legend, Akasaka is actually a former Japanese busker who changed his life around, deciding to become a super zen Buddhist monk. But nonetheless, he didn’t forget about his musical passion and talent, coming up with an unheard way of combining beatboxing and spiritualism. Yes, you heard that right. Beatboxing and spiritualism, believe it or not.

Prior to making this life change and becoming a Buddhist monk back in 2016, Akasaka made his way across the globe working as a busker and living off of his beatboxing talents. After being introduced by a good friend to the arts of sounds and instrument imitation, he was incredibly inspired and couldn’t forget about it, deciding to try out these new methods himself.  And, of course, as it turned out, he was a natural professional. In fact, he was so good at it that he managed to make it his new full time income in both Australia and America. 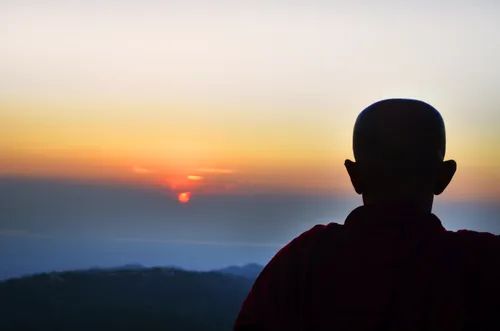 In 2016, he decided to follow in his father’s footsteps and become a Buddhist monk, but still couldn’t seem to find his place without practicing the music that he once loved. Even after training in the temple, all he could ever think about was wanting to return to music once again, while still not letting go of being a monk. To make a long story short, despite his fears and uncertainties, this is what  led him to the incredible introduction of spiritual beatboxing. And to his good fortune, he’s received nothing but positive feedback about his music! Yogetsu Akasaka uses a unique combination of beatboxing talents as well as a loop machine to create Buddhist chants that create the most relaxing, spiritual sounds that speak to all kinds of people. Many people have even shared that his music is the only thing that really gets them to sleep.