What Do Monkeys Eat?
Rebecca Rodriguez

Monkeys are truly one of the most fascinating wildlife creatures. There has been so much scientific research done on them that they have even been compared to humans. That’s right, there is actual research that shows that monkeys if trained correctly have the ability to be as smart as humans. There are even some people who believe that humans are descendants of monkeys who have actually just evolved with time. With that said, you may want to know more about this lovely animal, and so do we. Here are some foods that monkeys eat. 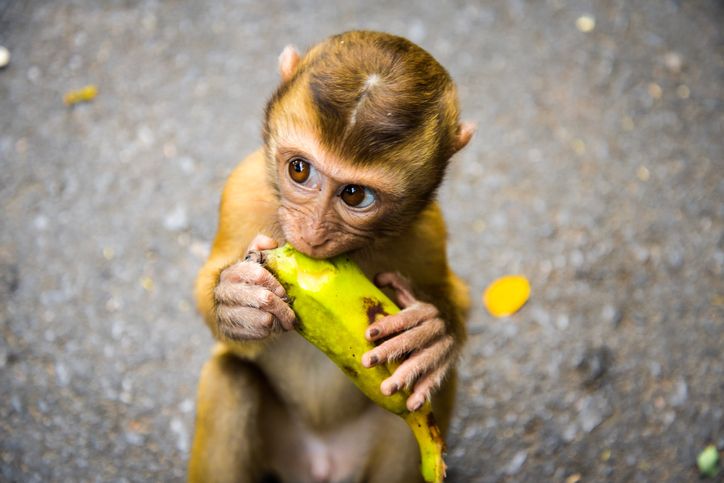 When we think about what monkey’s eat, we automatically think of just bananas. This isn’t completely wrong, they do eat bananas, but that’s not the only thing they eat. Monkeys are omnivores, which means that their diets mostly consist of plant-based foods. What this means is that they mostly eat fruits, vegetables, and nuts. Now monkeys are still wild animals, so this means that there are a few of them that eat meat. This will usually consist of birds and lizards. However, they don’t really have a big appetite when it comes to meat-based foods.

If you go hiking in certain regions of the world, you may notice that there are some monkeys around. This is completely normal. In fact, because monkeys are so intelligent, you will notice that they tend to know where tourists will be. This is because many of them know that tourists will feed them. Even though it seems really nice and cute to feed a monkey, you really shouldn’t. Once a monkey sees that you are willing to feed them, they tend to want more and more. This is how people end up losing their bags and all their snacks. So if you want to keep your belongings, don’t feed the monkeys.