Wasabi Is In Danger Of Disappearing
Laura Lee

Sushi eaters beware: your sushi is about to get a lot spicier. Wasabi – the green Japanese paste typically eaten with sushi – is in danger of disappearing. Made from the eponymous horseradish plant, wasabi has come to be synonymous with Japanese cuisine and culture. The spicy and pungent paste is a staple of the Japanese table and has become known the world over. However, Japanese wasabi farmers are raising the alarm over the degradation of wasabi plants in recent years. In the last decade alone, the amount of wasabi produced in Shizuoka, one of Japan’s largest wasabi-growing regions, has declined by almost 55 percent. For wasabi farmers, many of whom have been growing the plant for generations, there is major concern over the future of the centuries-old practice, which is also one of Japan’s most important agricultural products and a pillar of its tourism business. 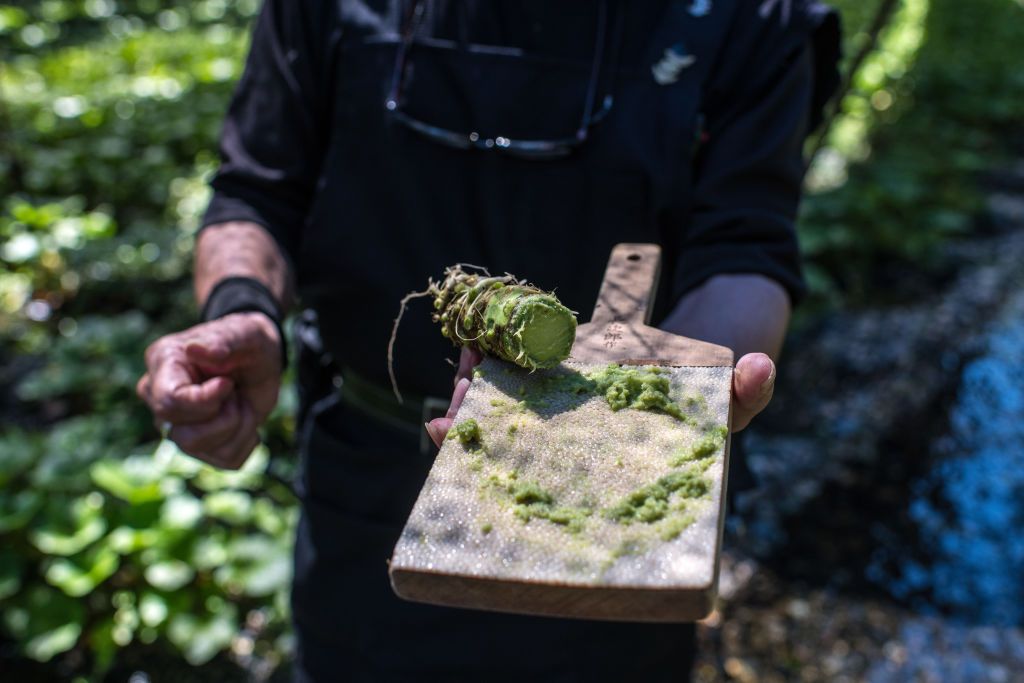 The decline in wasabi production are due to a variety of causes. Rising temperatures due to global warming have caused the crop – which does best in mild conditions – to be more susceptible to mold and rot; untended forests have caused overgrowth and impacted the quality of the spring water needed for the growth of wasabi, and an increased and unpredictable rate of rainfall, floods and typhoons have all caused increasing challenges for wasabi farmers. Additionally, many wasabi farmers are family farms who have cultivated the plant for generations and are also impacted by Japan’s rapidly aging population – the oldest in the world with over 28.7% of the population being 65 or older. Farmers are aging and struggling to find young people interested in taking over their farms.

For years now the decline has meant that the wasabi consumed in sushi restaurants is rarely pure wasabi, but actually either a blend of wasabi and horseradish dyed green, or contains no wasabi at all. Japanese government researchers have started experimenting with crossbreeding the plant in an effort to find heartier wasabi varieties that will thrive amid rising temperatures. The problem is that unlike other crops, extracting seeds from wasabi requires sophisticated technology, and the process of figuring out which is the strongest can take years.