Usain Bolt, The Greatest Sprinter of All Time
James Stanton

Jamaican sprinter Usain Bolt was dubbed “the fastest man alive” after winning three gold medals at the 2008 Olympic Games in Beijing, China, and becoming the first man in Olympic history to win both the 100 and 200-meter races in record times. Bolt also won three Olympic gold medals at the 2012 Summer Olympic Games in London, scoring an Olympic-record time of 9.63 seconds in the 100 meters, making him the first man in history to set three world records in Olympic competition. He made history again at the 2016 Summer Games in Rio with gold medals in the 100- and 200-meter races and 4×100-meter relay; the wins gave him a “triple-triple”: three golds over three consecutive Olympics (though he later was stripped of one of the relay golds because of a teammate’s violation).

Usain Bolt was born in Jamaica on August 21, 1986. Bolt was naturally drawn to sports and he even said, “When I was young, I didn’t really think about anything other than sports.” He played cricket, football and sprinting. Bolt’s natural speed was noticed by coaches at school, and he began to focus solely on sprinting with mentor Pablo McNeil, a former Olympic sprint athlete. At 15 years old, Bolt competed on the world stage at the 2002 World Junior Championship in Kington, Jamaica, where he won the 200-meter dash. This win made him the youngest world junior gold medalist ever. He received the International Association of Athletics Foundation’s Rising Star Award that year boosting his recognition. 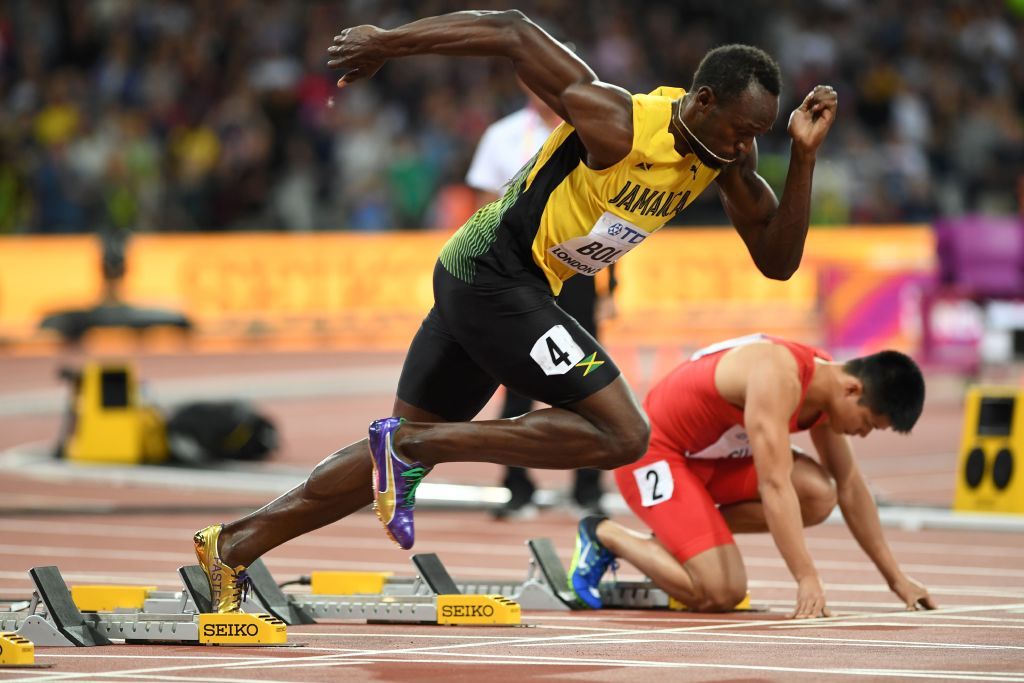 Bolt was chosen for the Jamaican Olympic team for the 2004 Athens Olympics. He was eliminated in the first round, though, because of a hamstring injury. But he was back making history in 2007 when Bolt broke the national 200-meter record held for over 30 years by Donald Quarrie, and earned two silver medals at the World Championships in Osaka, Japan. These medals pushed Bolt to take a more serious approach to his career.

At the 2008 Beijing Summer Olympics, Bolt ran the 100-meter and 200-meter events. In the 100-meter final leading up to the Games, he broke the world record, winning in 9.69 seconds. Bolt was so confident in his win that he actually slowed down to celebrate before he finished (and his shoelace was untied). He went on to win three gold medals and break three world records in Beijing.