This wholesome story is one that all music lovers can appreciate – not just lovers of the rock genre. Just recently, U2 vocalist Bono Vox and guitarist Edge shared an acoustic cover of the Led Zeppelin classic “Stairway to Heaven” in order to honor their hardworking road crew. The Irish rock band performed a part of the classic song during Songs From an Empty Room, a quarantine special by Irish artists that was broadcast just last week. Fans might wonder why the band decided to perform another artist’s song instead of one of their own. Well, the reason is pretty heartwarming. Apparently, they chose this Led Zeppelin classic in order to honor their road crew, who often play the song while they’re warming up for an act.

“Wherever you go in the world, whatever venue you’re playing—whether it’s the Olympia or 3 Arena or Madison Square Garden—you walk into the venue, and it’s a big moment, and you’ll hear a song that we said, ‘We’ll never, ever play this.’ And that’s right, ‘Stairway to Heaven,’” Bono said while explaining the bandmembers’ song choice for their recent performance. 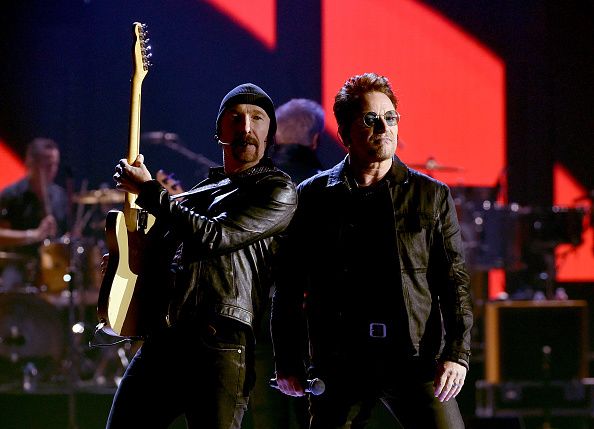 U2, like most bands, has been pretty restricted in terms of touring and performing, due to the COVID-19 restrictions. However, the legendary rock band managed to keep themselves pretty occupied over the past few months with several online projects. The band members gave several virtual performances, and have reportedly begun work on some new music as well.