Saturn’s so-called “Death Star” moon may be home to a hidden ocean. Mimas, Saturn’s second largest moon and the innermost of its major moons, is composed almost entirely of ice with only a small amount of rock. Its most identifiable feature is a giant impact crater named Herschel after the astronomer who discovered the planet. It is heavily cratered in general which is what gives the moon its appearance resembling the Death Star from Star Wars.

Scientists have long wondered whether Mimas – a seemingly frozen ball of ice – may be hiding a secret ocean 14-20 miles below the surface. While analyzing findings from a mission by NASA’s Cassini spacecraft which orbited Saturn from 2004-2017, one of the questions researchers had was whether Mimas contained any geological life. Researchers discovered evidence of an underground ocean buried beneath the surface, called a “stealth ocean world,” which, if verified, would add to the number of possibly habitable places in our solar system. 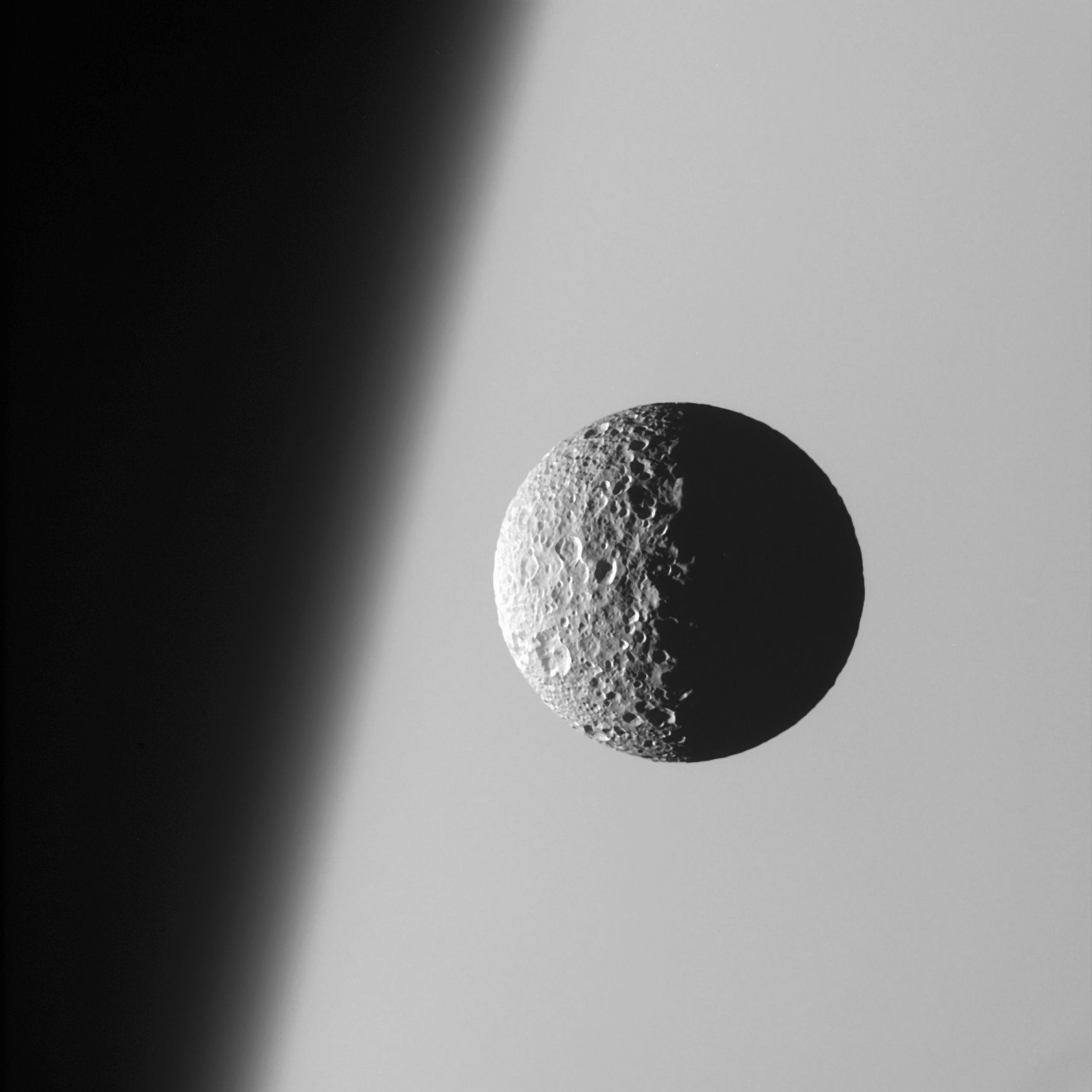 Ice-covered moons have gained a lot of attention in recent years as possible places for life beyond earth, most notably Saturn’s Enceladus and Jupiter’s Europa. However, while the surfaces of Enceladus and Europa show signs of an internal heat that would allow liquid water to exist, Mimas’ surface is highly cratered, leading researchers to initially suspect that it may simply be a block of ice underneath the surface. Researchers believe that a phenomenon called tidal heating may allow for the subsurface ocean to exist on Mimas. In addition to Enceladus and Europa, Saturn’s largest moon Titan also contains an ocean world, albeit oceans of ammonia and methane. Saturn is the sixth planet from the Sun and the second biggest planet in our solar system, after Jupiter. At least 83 moons are known to orbit Saturn, not including much smaller moonlets (numbering in the hundreds) within Saturn’s rings.