The legend goes like this: Ethiopian goat herder Kaldi first discovered the magic of coffee beans when he caught his goats feeling inexplicably energized and invigorated after chowing down on them. The electrifying caffeine ran through the goats’ bodies, keeping them up at night. Kaldi, the goat herder, reported his findings. After a short period of conjuring recipes and conducting experiments, the revitalizing effect of coffee came to light and eventually came to the Arabian peninsula where the age-old practice of cultivating and trading coffee beans began. 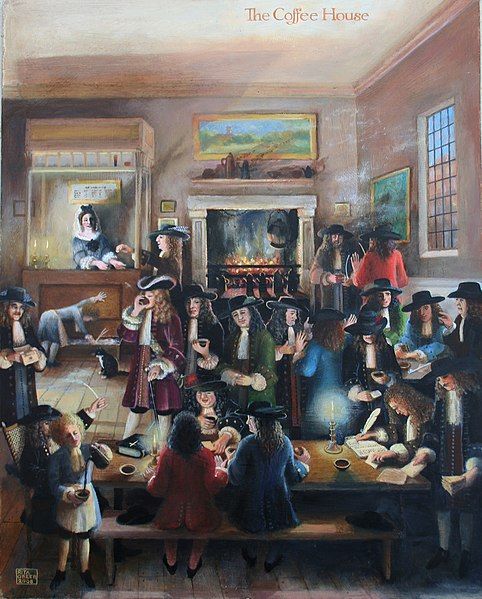 Coffee took the Arabic world by storm. It’s interesting to note that a part of coffee’s popularity can be attributed to its social function. It was always a social substance. Coffee was often consumed not only in homes but also in public coffee houses called qahveh khaneh where the brown beans fueled passionate conversations, live music, chess games, and feverish arguments. Coffee houses promptly became hubs of information exchange. They were often referred to as “Schools of the Wise.”

An amusing piece of trivia regarding the history of coffee in Europe was that its acclaimed status was largely dependant on the taste of a single man, Pope Clement VIII. In the dawn of the early modern era, coffee was slowly but surely making its way across Europe not without bringing out a bit of controversy. Many Europeans were ethically and culinarily repulsed by coffee; they deemed the black liquid to be the work of the devil. Clement VIII was called to intervene and promptly gave it his general endorsement after tasting the beverage for himself. It seemed as though coffee houses had magically appeared throughout Europe overnight.

Coffee houses in Europe retained their social character: With the invention of the printing press and the distribution of newspapers, many would visit the coffee houses not only for coffee but for a chance to participate in the public readings of newspapers and conversations regarding recent events. Coffee slowly but surely began to replace the most incumbent drinks of the time such as wine and beer, and it ushered western civilization both into the day and into an age of travel, conquest, productivity, and alertness.