Kanye West is something of a larger-than-life figure. Whether he’s orchestrating a grand, overarching musical masterpiece, weaving together an incredibly expensive and elaborate stage to perform said music in, or even wilin’ out on mainstream news outlets, it seems as though West is always up to something. It’s also no secret that in the past few years, Kanye has dedicated most of his attention to the fashion industry, diligently polishing his Yeezy brand. But Kanye’s love for fashion isn’t something new. In fact, the Yeezy brand has existed as a concept ever since the mid-2000s. 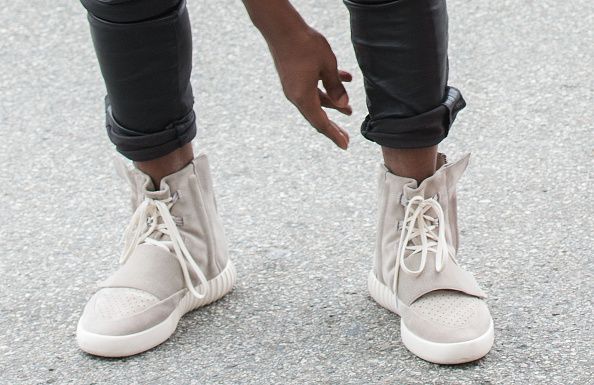 Kanye West’s first shoe design was for Adidas, back in 2006. It was never released. The reason why this project didn’t end up coming to fruition is pretty much under wraps, but there seems to be no bad blood between Kanye and the Adidas team that worked with him back then. 2006 Head of Adidas Originals Gary Aspden reported that even back then, Kanye was absolutely determined to fulfill the role of a fashion designer, and not just a brand name that could be tagged onto a pair of sneakers.

West’s next venture would be with Nike: The 2009 Nike Air Yeezy sneakers and the following 2012 and 2014 Air Yeezy II. His dissatisfaction was voiced not only on interviews but a myriad of songs, of which Facts of his acclaimed Life of Pablo album would probably be the most notable. On Facts, Kanye frantically exclaims that “Nike treats employees just like slaves”.

It was only in 2015 when Kanye released another sneaker with Adidas, this time practically launching his own Adidas-sponsored line of clothes. Their collaboration was nicknamed the “Yeezy Season 1”. The first shoe model was the widely popular Boost 750. It was a complete commercial success.