Elephants are uniquely fascinating. They are also extremely intelligent. So intelligent, in fact, that scientists have concluded that they are one of the only species of animals in the world, besides humans, that exhibit a sense of self. They are also capable of emotional intelligence (the ability to recognize their own feelings and the feelings of others). This is best illustrated by their bizarrely human custom of consoling each other in their time of need and mourning their brothers’ passing. But there is so much that we have yet to understand regarding these majestic creatures, and there is one particular type of elephant that eludes us the most: The Borneo elephant. 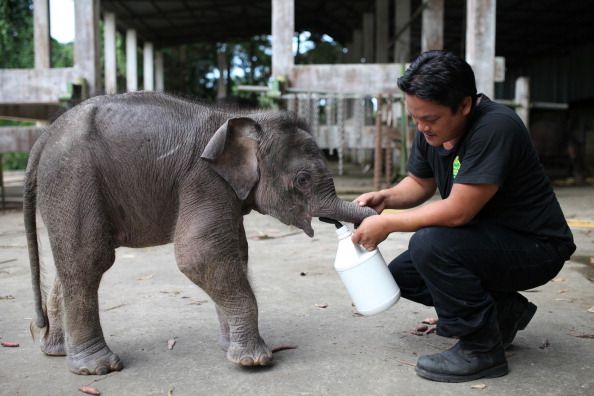 The Borneo elephant is the smallest species of elephant in the whole world. Named after the Borneo island located in Southeast Asia. However, their origins remain a subject of debate. Throughout history, persons of high standing considered elephants appropriate, respectable gifts to give one another.  Such gift-giving is rumored to have brought elephants to Borneo.  But scientists have yet to work out whether these miniature elephants were really imported, or whether they’re just part of the rich native wildlife of the island.

Today, what threatens the survival of the Borneo elephant species is what threatens the many types of Asian elephants in general: Habitat loss, deforestation, all of which are driven by the expansion of human civilization into the wild. In other words, the preservation of the Borneo elephant largely depends on the actions of humankind. On the bright side of things, it seems as though the regional governments of Borneo have realized this too, seeing as they have kickstarted such programs such as HoB (The Heart of Borneo) dedicated to achieving a future in which humans and elephants can live side by side.