There are pets out there living their best lives. Some of these pets were lucky enough to inherit millions from their owners while others have been putting in the time and work for their caviar and steak.

Gunther IV is one rich German Shephard that inherited a vast amount of his fortune from his father, Gunther III. Gunther has his own butler and personal maid, he eats well to say the least and owns multiple dog homes. His net worth is 375 million which he shares with no one.

Choupette is the beloved cat of German fashion designer Karl Lagerfeld who passed away at age 85. Lagerfield left his beautiful Birman cat with a chunk of 3.5 million from his inheritance. However, Choupette is also successful in her own right. She has her own Twitter profile with a large following base, she does multiple photoshoots for Chanel and other brands. The classy cat has her own iPad and two maids at her beck and call. Lagerfield was so in love with his cat that he has previously stated that he would marry her if he could! 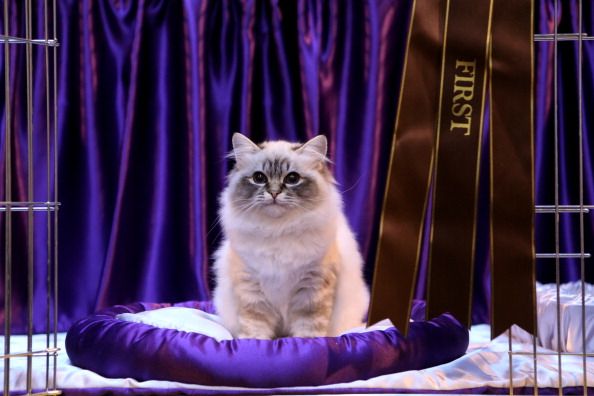 Gigoo the Hen is the prized possession of British multi-millionaire publisher Miles Blackwell who left him with 15 million in his will. Blackwell passed away just 3 weeks after his wife, the couple was reportedly childless. Gigoo is cooped up in luxury but remains rather lonely.

Olivia Benson may have been given a leg up in life with her mother being Taylor Swift however, she is not just a trust fund baby. Benson- named after Swift’s favorite character on Law & Order, is featured in multiple campaigns for Keds shoes and Diet Coke, earning large sums of money. She also features in Swifts social media channels. The infamous cat’s net worth stands at a whopping 97 million making her the third richest pet in 2018.

Finally, Missy is the world’s richest cow and she is definitely not for eating. This show cow has won multiple titles throughout her career known for her perfect physique, she is ‘perfectly proportioned, with the right-sized udder and well-placed teats’. Missy is valued at 1.2 million and demands to be grass-fed.