A six year old Puerto Rico-an Chihuahua was given the title of the most cloned dog in the world by the Guinness Book of Records.

He’s known as Miracle Milly, and she’s been cloned an entire 49 times by South Korean scientists. Every copy is completely identical.

The research foundation in Seoul, South Korea is rather controversial, however has been cloning pets since 2006.

Mily is no ordinary pouch, she’s also been ranked as the world’s smallest living dog by the Guinness World Records. Scientists have dying to find out what about her makes her so small, so they approached her owners and were given permission to clone the adorable and tiny Milly.

Nuclear transfer technology was used to clone Milly, the same that was used 50 years ago to clone Dolly the sheep.  Cells are first harvested from the animal to be cloned as well as the nucleus (this is what contains the genetic information) and is removed and then preserved.

Then, an egg cell is given from a donor and its nucleus is replaced of that of the pet that is to cloned. A weak electric shock is given to the modified egg cell, and the embryo is then placed in a surrogate mother.

Now all of the pooches lives together in Florida and enjoy each other’s company.  Apparently they all have the same looks and personality, but some of them are slightly larger than Milly.

Researchers now plan to try to find out what characterize the genetic (and non genetic) factors of Milly and the cloned Millys. 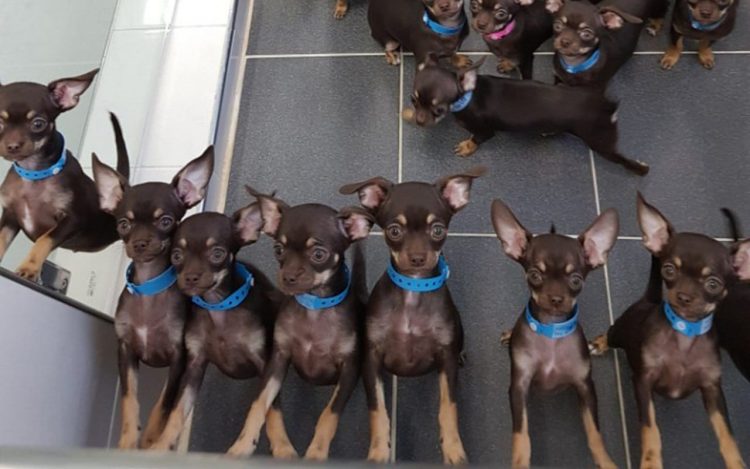