We all have that friend who can be dared to eat the hottest of Chili peppers and do it without even shedding a tear. Maybe even you are that friend, and you take pride in your spicy food tolerance. Well, if you have the tendency to prove your skill for hot foods, or love trying spicy cuisines, there is one pepper we recommend keeping an eye out for. In 2017, the Guinness World Records officially ranked the Smokin Ed’s Carolina Reaper the world’s hottest Chili pepper. Its levels of heat are so high, that eating one could actually kill you.

The pungency (spiciness) levels of Chili peppers are measured via the Scoville scale. This scale, invented by Wilbur Scoville in 1912, is a unity of measure that uses Scoville Heat Units (SHU). Bred in Rock Hill, South Carolina, the Carolina Reaper has a pungency level average of over 2 million SHU. Its peaks reached the highest level SHU of all Chili peppers in the world in 2017. To put that into perspective, it is around four times the spiciness level of a jalapeño. 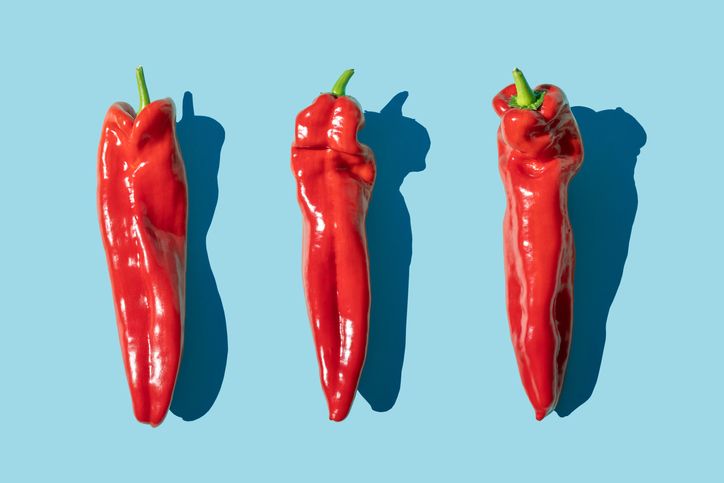 The ‘reaper’ Chili pepper was developed by “Smokin” Ed Currie, the founder and president of the Puckerbutt Pepper Company. Currie is famous for his specialty in cross-breeding pepper plants to create new, often spicier peppers. After filling every inch of his home with his plants, the botanist invested in a farm, where he grew the Carolina Reaper. According to the company’s website, before the pepper was even ranked #1, it became famous when an NPR Reporter ate a small piece, rolled on the floor, hallucinated and then shared his story with the news.

It gets even better. Shortly after the Carolina Reaper received its Guinness ranking, Ed Currie released a stronger pepper known as Pepper X, said to be twice as hot as the ‘reaper’ Chili. Pepper X has yet to receive a ranking and is only available on the Puckerbutt Pepper Company as an ingredient in a select number of their hot sauces. The company also mentions Pepper X in their website’s blog section, where they have plenty of articles on the world of the Chili pepper and Smokin’ Ed’s newest innovations.