One of the most well-known ancient structures in the world is Stonehenge, which dates back 4,500 years. Overlooking Salisbury Plain, it is a piece of ancient history that is just as old as the Pyramids and just as intriguing as a construction achievement. Given Stonehenge’s age and size, it is hardly surprising that it has served as a continuing source of curiosity, fascination, and artistic inspiration. Its enigmatic origins and potent material presence have fascinated humans for not just years but millennia, captivating everyone from archaeologists to devout pilgrims. 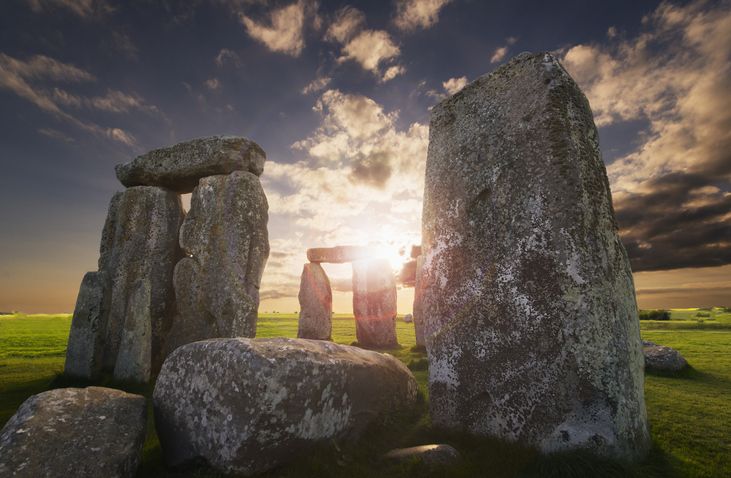 The Stonehenge strikes people with numerous questions as they lay their eyes on it. It was built before there were any records and documentation which poses everyone with questions: How was it built? How were the stones transported, considering the fact that some of the stones are from South-West Wales, which is almost 220 miles away? These questions intrigue people and archeologists have been hard at work finding answers to these questions.
What was the reason Stonehenge was built? This question has no specific answer to it. However, the British Museum’s exhibition on Stonehenge tried to answer it. The museum tried to answer the question by taking a look at the artifacts created and the materials used by the people that lived during the period when the Stonehenge was built.

According to the museum, it served as a community and place for ritual, a place that served for cosmological significance and as a burial site as well. Stonehenge is not the only stone circle. There are multiple stone circles which are located in France, but they are mostly in the UK. The history and myths surrounding stone circles make them mysterious and cosmological. There have been multiple stories which believe in the idea that people were turned into stones. This makes them interesting for people and is the reason why tourists visit them.