The Rise of KAWS
Keith Donnelly

The Brooklyn Museum is hosting an exhibition of Kaws’ artworks this year. For 25 years, Brooklyn-based artist KAWS (Brian Donnelly, born 1974) has brought the world pop-culture art. Through his art, he makes commentary on consumer culture. Kaws began his journey as a graffiti artist on the streets of New York and his cartoon-like art stems from this background. 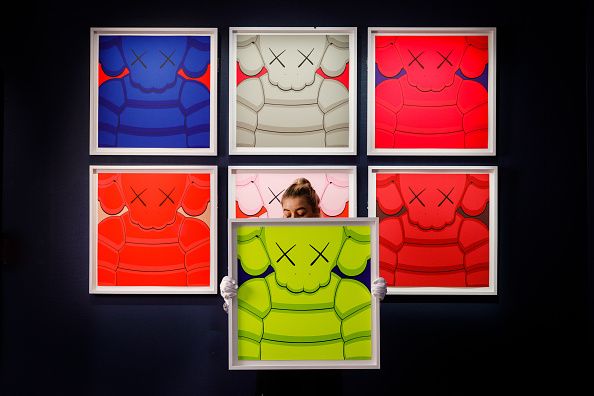 His cartoonish figurine pieces can be found in logos, on designer brand labels that have incorporated his art into their clothing, and as large statues around the city. The combination of his art in different appearances shows how he blurs the line between fine and commercial art. His success has been outstanding and his pieces continue to gain popularity and recognition.

In 2015, the KAWS album sold at auction for a record $14.8 million, this was an impressive difference compared to his previous record of $2.7 million only a year before. The piece was a take on The Beatles’ 1967 cover but instead replaced with characters from The Simpsons with Kaws’ trademark X’s drawn across the eyes and skull. Kaws is able to transfer emotions through his famous figurines in an ingenious way. 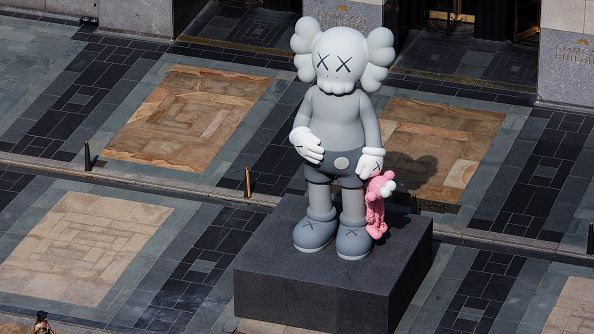 In March 2019, a 121-foot long inflatable version of Kaws’ notable figurine was installed in Hong Kong’s river as part of the Art Basel exhibition. This piece was previously viewed in Seoul and Taipei and shows the classic figure drifting with his arms out in a holiday-like position. Indeed the piece is labeled-KAWS: HOLIDAY. 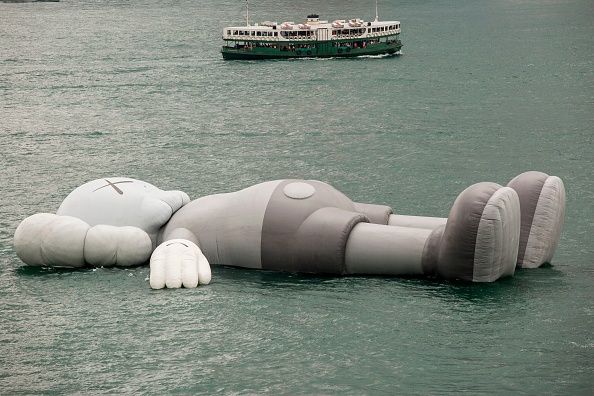 His distinctive style is one to look out for as he continues to gain recognition across the world. There is humor and relevance in his art and this appeals to a diverse audience. In this way, both experienced art lovers and people who have never stepped foot in a gallery can come to appreciate his work.