Jim Bachor is a Chicago-based artist who also provides a much needed public service to his community.  How so? Well, in fact, Bachor actually specializes in fixing potholes, by filling them with his stunning mosaics. That’s how you turn art into public service.  His journey as a pothole artist started out in Pompeii, Italy where he gained a deeper understanding of how durable mosaics can really be, seeing that even art as old as 2,000 years old hadn’t faded in the least bit. Bachor was completely blown away, and just a few months later he was back in Itay to learn the in’s and out’s of ancient mosaic art. Bachor never looked back. 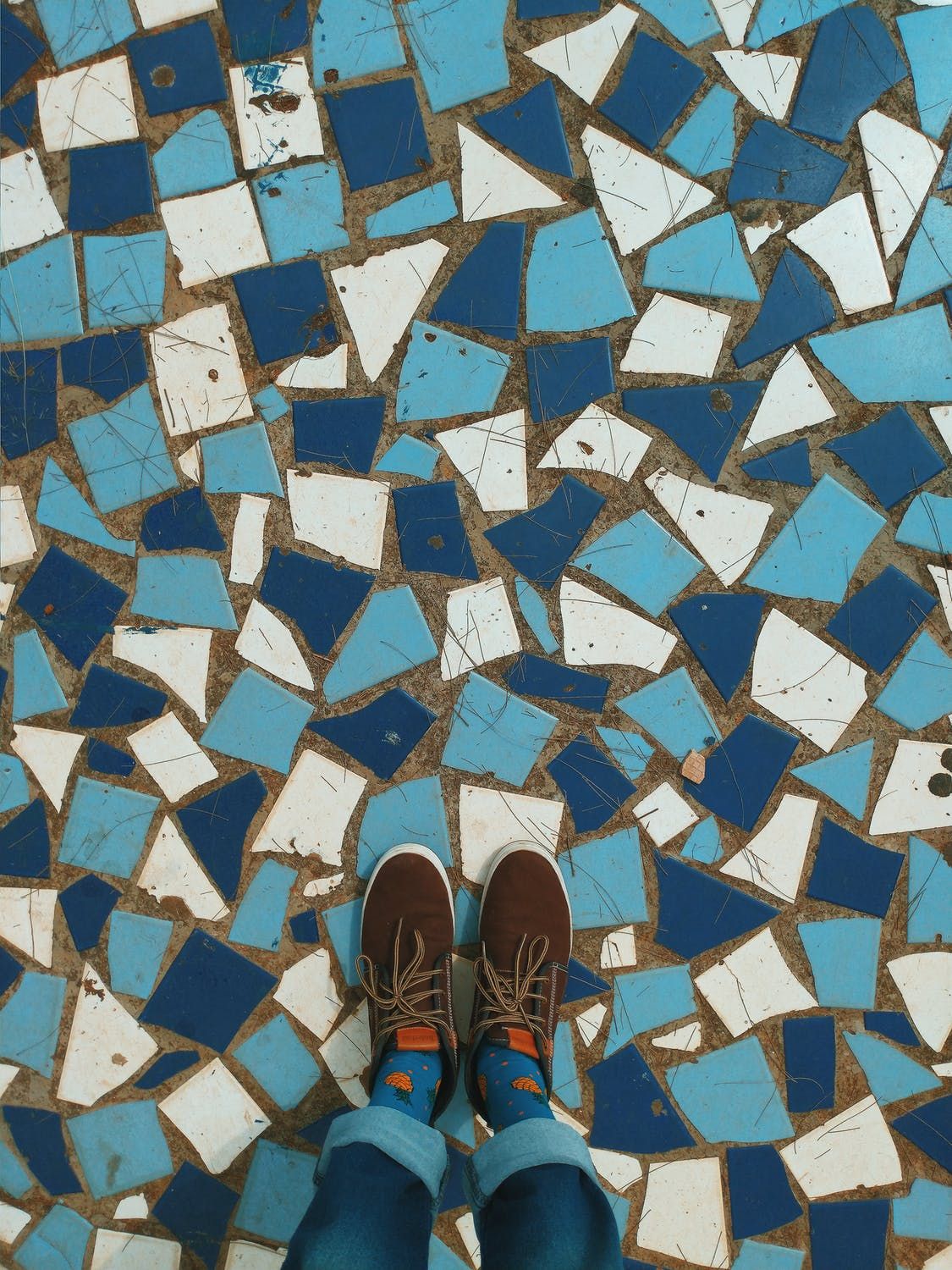 For the first few years of his artistic journey, these mosaics were simply a hobby for him, but eventually, he started doing paid works. In May of 2013, he was inspired to fill an annoying pothole in his area with his unique talent.  The city of Chicago would put asphalt on the pothole, but it was too stubborn and wouldn’t stay fixed.  The durability of the mosaics dawned on Bachor, coming to the realization that it might very well be a creative, effective, and beautiful solution to the problem.

Making mosaics in potholes is obviously not exactly the same as making them from inside a studio, and Bachor has admitted that it took him countless attempts to get it down, and he even resorted to using the help of his son’s soccer team.  He used their training cones to help direct traffic while he was hard at work on the mosaics in the middle of the street. Thankfully, he now has his own set of real traffic cones.   Bachor has explained that these mosaics are a two-step process and that he has to return 10 hours later to wait for the concrete to dry before he can continue working.