The Origins Behind The Real Halloween
Claire Miles

This spooky time of year has gained much traction over time, becoming a popular day for children and adults alike. For the little ones it’s a time to pumpkin carve, dress up and scrounge for candy, and for the adults, it’s also an opportunity to dress up, party, and enjoy those yearly retail sales! We also must not forget the endless streaming of horror and witchy movies that are hard to resist. Although this has become the universal tradition of Halloween, there is more truth to its original meaning and traditions. The word itself translates to “hallowed evening,” a time to honor and remember those who have died, which is still prevalent in many cultures today, despite the traditions that now accompany the day.

The earliest of what is now believed to have influenced the traditions of Halloween is a Celtic harvest festival. Known as the festival of Samhain, this ancient Gaelic celebration was the earliest known event to take place on October 31st. Many people including those who upheld Celtic spiritual traditions believed that during this time the veil between this world and the next became very thin, enabling connection with the dead. 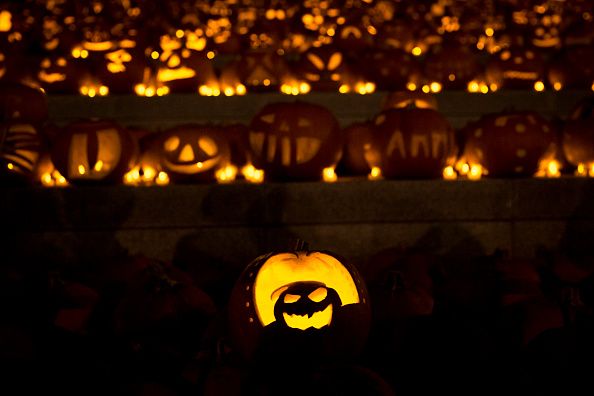 Samhain was celebrated by those who upheld ancient Celtic spiritual tradition. To honor this day they would leave their fireplace burning and go out to collect the harvest of the new season. The festival lasted three days and three nights, and those who did not contribute to this ceremony were believed to have been cursed, and would usually fall ill or die. There is little information as to what these ceremonies entailed, but it was also believed that many of the Celts celebrated with costumes, which they believed disguised them from spirits.

Over time these traditions become much more light-hearted, evolving into a more fun and mystical genre. Much of the essence of Halloween remains, but today it’s more about fortune-telling and magic tricks rather than the heavier traditions that were carried out by pagans.