The Most Stylish Man In Africa
Laura Lee

While many of us think that we always dress to impress and are super stylish (and likely are too) – most of us haven’t quite made the bold claim that we’re actually the smartest looking person in the world. But fifty-nine year old James Maiana Mwagni sure has – or at least, that he’s the smartest looking man in all of Africa. Based on his track record of his outfits, it’s honestly hard to argue with him on this one. What’s even more notable about James however is the fact that his style is all self made.

When he arrived in Nairobi, he had just one shirt and was unfortunately made fun of because he didn’t match up to his honorable freedom fighter father. After asking the powers above for the gift of standing out from the crowd, he was reportedly rewarded with his unique fashion style, and ever since has been wearing some serious flamboyant and brightly colored suits on the streets of Nairobi, the Kenyan capital. James has even managed to gain attention worldwide from his bright outfits and accessories – making this gift from god one that truly helped him stand out. 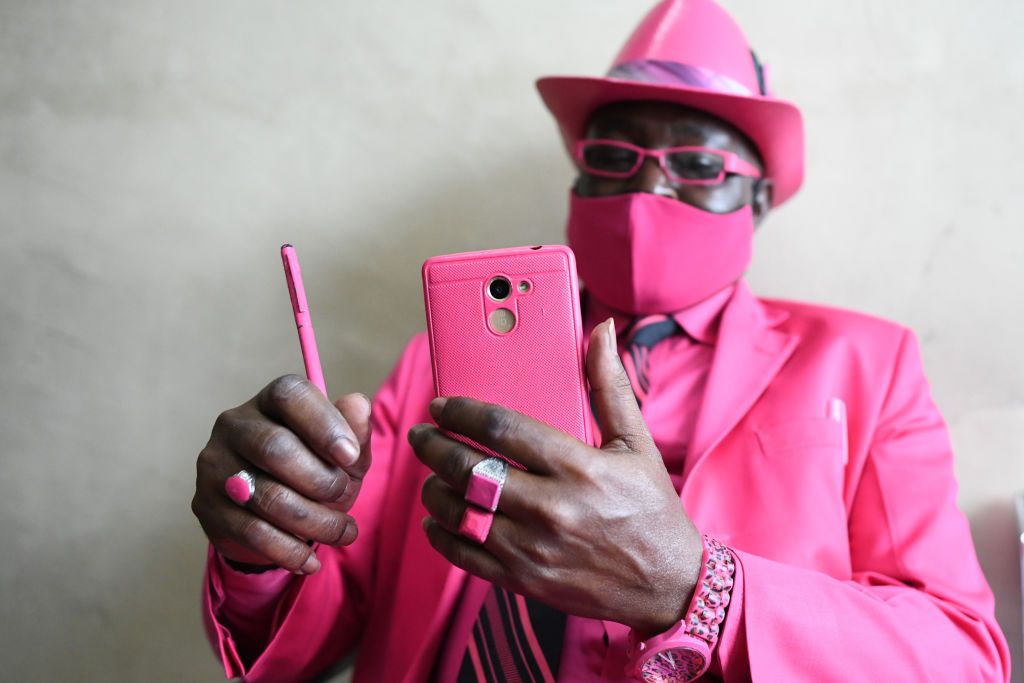 According to James, he has no small collection of clothing, claiming to own as much as 160 suits, as well as 300 hats and more than 200 pairs of shoes. On top of these impressive numbers, he’s also got no shortage of additional accessories to match these outfits including brightly colored socks, pens, and just about anything else you can possibly imagine too. And yes, his face masks also of course have been matching up with his neon green and fuschia pink suits, feeling as though this was an opportunity that couldn’t be missed, costs aside. You’re also surely wondering how in the world he funds all these outfits and where he gets them? Well, apparently he’s got some generous fans across the globe who often donate some pieces, which surely helps his cause greatly.