The Most Loyal Camel
James Stanton

A very loyal and homesick camel has recently stolen the hearts of millions across the globe (more specifically, across China, but we’re also totally melting too). Chinese media sources shared that this incredible camel actually traveled an impressive 100 kilometres to make it back to his rightful owners after being sold eight months back. The camel, of course, didn’t have the same kind of luxurious travel experience that we would have, and travelled the 100 kilometers through the barren desert all by himself.  Oh, and did we mention that the camel was also injured throughout his journey? 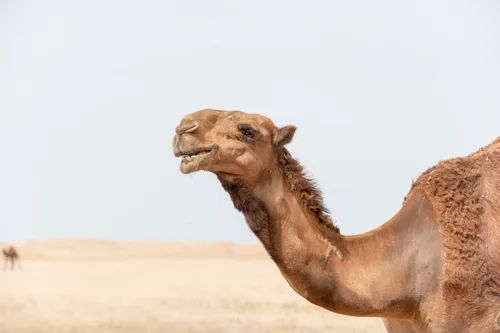 He was spotted about a month ago by another herdsman who fended for the camel as he struggled to make it back to his former owner. The news was able to reach the camel’s new masters, and they came as quickly as they could to retrieve him. But, unsurprisingly, Temur and his wife, the camel’s former owners, wanted him back after hearing how homesick he really was, and what he had done to make his way back to the place where he really felt at home.

At first, it seemed as though the camel had become accustomed to his new home after being sold back in October 2019, but apparently, not quite as much as everyone thought since he ran away on June 27 in the direction of his former home with Temur, even if it meant travelling 100 kilometers, crossing fences, highways, wading through mountains, and probably much, much more that we really can’t even imagine (especially based on his scars).  The camel made it very close to its former home, which is where he was spotted by the other herdsman who came to his rescue.  Temur was able to contact the man who had purchased his camel and offered him a 3 year old female camel in exchange.