Last weekend signaled the exciting launch of the 48th Ludum Dare Game Jam, an event in which hundreds, if not thousands, of aspiring game developers, writers, artists, musicians, and programmers band together or work alone in order to make a video game. In only three days. By the end of those three days, the games are ranked and judged, and a winner is announced. For those unversed in the demanding task of creating a video game, that is not a lot of time. In fact, it’s no time at all. In most cases, making a commercial, “Triple-A” video game requires a fully-stacked development team working around the clock for years and years. There are, of course, much smaller games that, in turn, demand much smaller development teams. Yet, they too usually take months, if not years to create. 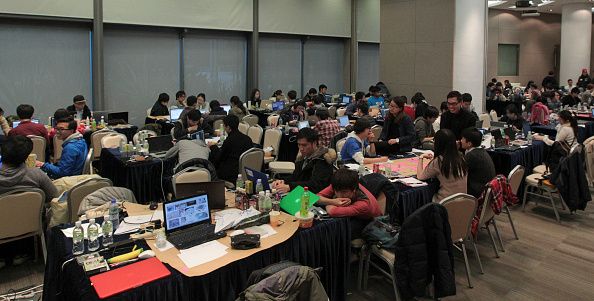 It is a custom game jam tradition for every jam to have its own specific theme, with the games made throughout the jam revolving around said theme. Choosing a specific theme narrows the staggering amount of potential ideas and choices laying heavy on game developers’ heads. This allows developers to spend less time brainstorming and more time game-making, which is great since they have very little time to actually make that aforementioned game.

The common theme also serves as a common ground for evaluation. Games are an incredibly eclectic piece of media; they can be quite text-heavy or they can have no text at all; they can be story-driven or they could be a simple arcadey gameplay loop. The theme helps tie all the myriad games together under some kind of common denominator, which is great for the judges who actually have to play each and every single game and rate them out of ten. The actual evaluation will occur throughout the coming weeks. We recommend checking out some of the games for yourselves at the Ludum Dare website!