We’ve lost one of the largest and most significant libraries ever built and all the ancient texts so crucial to our understanding of our ancestors that came with it. The Great Library of Alexandria was truly one of the greatest libraries of the ancient world. Yet the library was only part of a larger research institution termed the Mouseion, which, coincidentally, is the word from which “museum” stems, the term itself designating a dedication to the Muses, the nine Greek goddesses of the arts. The library was reportedly congested with papyrus scrolls, and though we know not how many scrolls were there at any given time, modern estimates range from 40,000 to 400,000 scrolls at the peak of the library’s use. 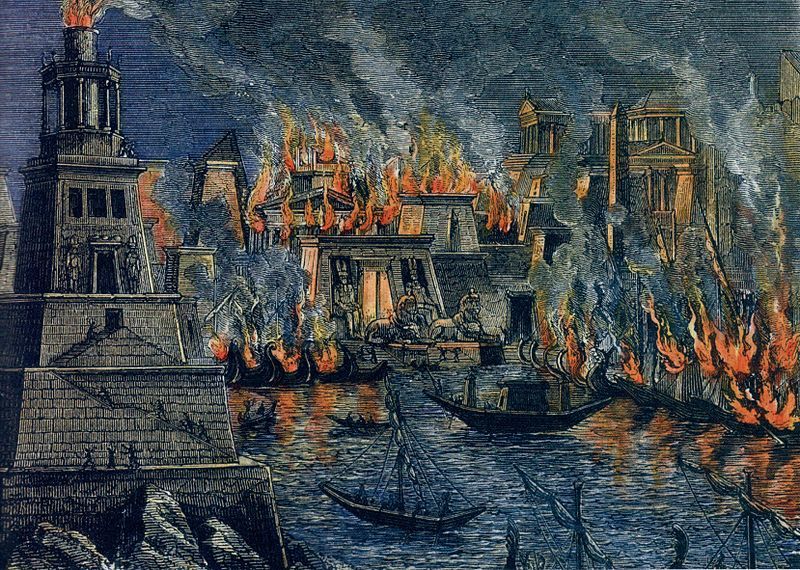 The library had turned Alexandria into the capital of knowledge, the place to go where one seeks to learn. Several crucial ancient scholars worked at the library during the third and second centuries BC, all of whose writing serve as indispensable testimonies not only of their time but also, through the writings of even older scholars which they maintained a dialogue with, of their ancestors’ times.

So how did we lose such a great construction? Well, many people believe that the Library of Alexandria fell victim to a cataclysmic fire that razed it to the ground; however, the library’s decline was a gradual process taking place over the course of several centuries. It began with the purging of Alexandrian intellectuals during the reign of Ptolemy VIII Physcon and was furthered even more by Julius Caesar who accidentally set fire to the great temple of knowledge. Yet, the library, in part, remained. It was the gradual fading and dwindling of the library during the Roman period which truly put the nail in the coffin of the once great structure.