The Life And Career Of Kobe Bryant
Laura Lee

When the world loses someone great, it tends to bring us together as a people; not just in mourning the deceased, but in remembering the great moments of their lifetime. But when Kobe Bryant died earlier this year in a helicopter crash, people were uniquely saddened. After all, Bryant was not just known for his reputation as a legendary basketball player, but rather for his achievements both on and off the court. The Philadelphia born player was a family man who cared deeply about his loved ones and could frequently be seen grinning in pictures with his young daughter Giana, who sadly died with him in the helicopter crash. Bryant was known for inspiring life and his inspiring words, which led many people to see him as a role model for greatness, and proof of what mankind can achieve when we set our minds to something.

Born in Philadelphia on August 23, 1978, Bryant spent part of his childhood in Italy before returning to the US. His skill on the court was apparent from a young age, and during his time at Lower Merion High School in Pennsylvania, he was recognized as the top high-school basketball player in the US. The son of former NBA player Joe Bryant, he would later follow in his dad’s footsteps by declaring for the 1996 NA draft straight after his high school graduation. As a young rookie, Bryant quickly became a fan favorite when he won the 1997 Slam Dunk Contest and was named an All-Star by his second season. Apart from winning five NBA championships, Bryant has amassed a number of other achievements, like becoming an 18-time All-Star, 2008 Most Valuable Player, and a two-time NBA Finals MVP. 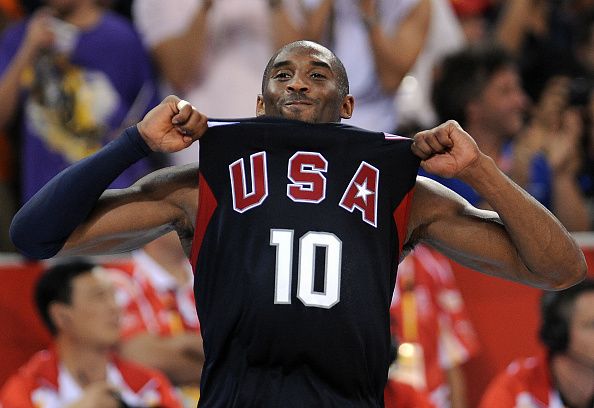 Bryant spent his entire 20-year career as a shooting guard for the Los Angeles Lakers in the NBA. He is regarded as one of the greatest players of all time, a reputation that is sure to live on many years into the future. Kobe Bryant didn’t just achieve greatness – he lived by it. “If you want to be great at something, there’s a choice you have to make. What I mean by that is, there are inherent sacrifices that come along with that. Family time, hanging out with friends, being a great friend, being a great son, nephew, whatever the case may be.”