Babe Ruth is undoubtedly baseball’s biggest icon. Born on February 6, 1895, George Herman Ruth learned how to play baseball as a young boy in school. Even then, he was stood out as an athlete. At 19 years old, Ruth was signed by the Baltimore Orioles. which was a Boston Red Sox minor league team. His teammates and the media began referring to Ruth as team owner Jack Dunn’s newest “babe,” and the nickname stuck. Although he is best remembered for swinging 714 home runs, Ruth entered the Major League as a left-handed pitcher in1914. He pitched 89 winning games for the Red Sox before 1920. He was then traded to the New York Yankees. After Ruth left the Boston Red Sox, they didn’t win another World Series until 2004! That streak became known as the curse of the Bambino, another nickname of Ruth’s. 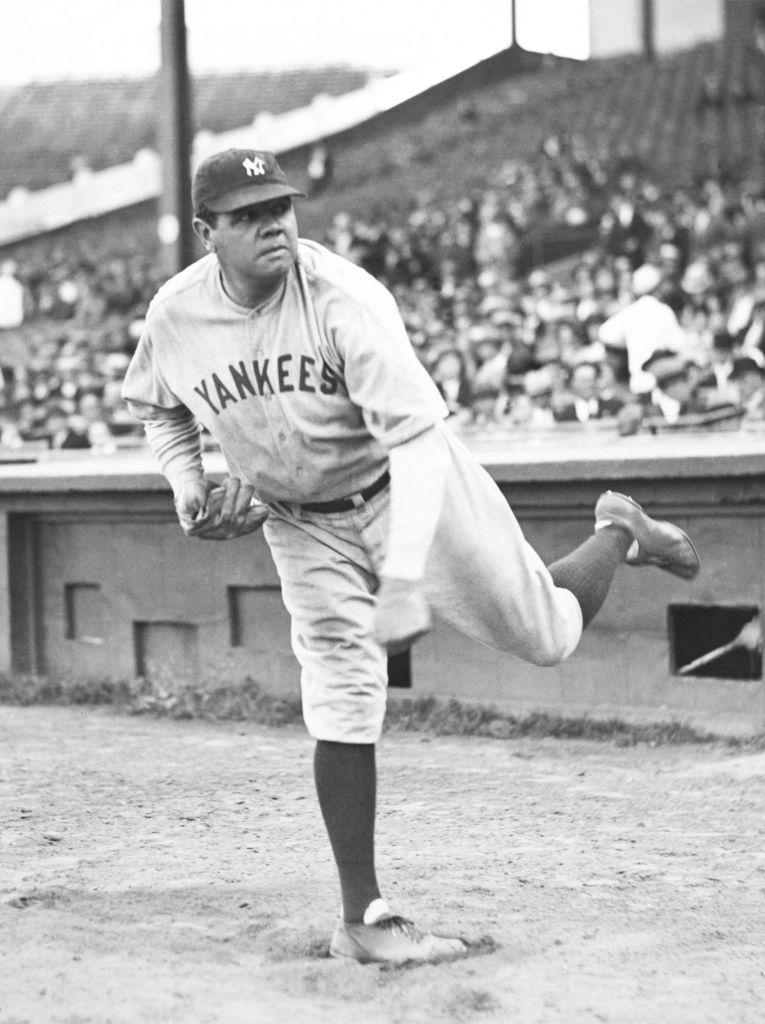 In New York, Ruth changed from pitcher to outfielder and led the Yankees to play in seven American League games and won four World Series victories. Ruth was such a big star in New York that the team opened a new stadium in 1923, Yankee Stadium, dubbed “The House That Ruth Built.” Ruth eventually signed on with the National League’s Boston Braves in 1935. He hoped to become the team’s manager the next season. But it was clear to everyone that Ruth’s skills had lessened. He ended his 22-year career after just 28 games with the Boston Braves.

A year after his retirement, Ruth was nominated to the new National Baseball Hall of Fame in Cooperstown, New York. Even though he had an amazing career, 11 of the 226 voters didn’t elect Ruth. Ruth’s plaque in the Hall of Fame refers to him as baseball’s “greatest drawing card” and has since opened a new exhibit on Ruth.

The records Ruth set remained in place for decades. His homerun record stood until 1974 when it was broken by Hank Aaron. His record of 60 homeruns in a single season (1927) of 154 games wasn’t broken until 1961 by Roger Maris.