AlphaZero is an artificial intelligence bot developed by British research company DeepMind Technologies acquired by google. Knowledge of AlphaZero was made public on the 5th of December, 2017, when DeepMind published an academic paper describing AlphaZero’s chess debut: Within the short span of 24 hours of ‘training’, the bot managed to achieve a level of play unattainable to even the best human chess players. This crowning achievement of bots over humans wasn’t new: Stockfish, elmo, and AlphaGo were all bots that had surpassed what was generally considered to be the peak of human chess, yet AlphaZero had gone one step further. In just one measly day it had managed to eclipse all the other chess, leaving them in the dust. 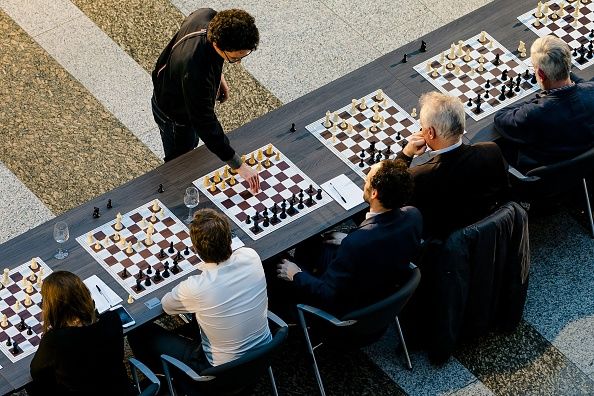 While AlphaZero was initially developed to compete against other, human chess players, the AI has been utilized a bit differently in recent years: Players aren’t competing against AlphaZero, they’re competing with it. The bot has grown into a training tool; players study the AI’s tactics and utilize its inhumanly computing power in order to creatively traverse the world of chess, furthering our knowledge of chess at a rate without historical precedent.

However, some chess players, notably the eccentric chess Grandmaster Bobby Fischer, have called for a complete overhaul of the game. It was as early as 1996 when Fischer, recognizing the innate potential of AI to outclass organic thought-processes, called for a new type of chess: Fischer Random chess, or, chess960. This version of chess preserved the standard rules of play while randomizing the starting positions of certain pieces, thereby creating a game not even an AI could fully comprehend due to the immense proliferation of moves available at every state. The game has gained a small, niche following, and has its own tournament across the world. It remains to be seen what the future of chess will actually look like, what’s certain is that the multitude of chess enthusiasts, not ready to let their beloved game fizzle away in the wake of AI supercomputing, are proactively theorizing and forming the shape of chess to come.