Quantum computers may be the next stepping stone in any major technological or theoretical breakthrough in science: Machine learning, antibiotics, architecture, financial strategies, urban planning, and much, much more are all fields that could be completely and thoroughly revolutionized by the advent of quantum computing. But what is quantum computing, and how close are we to fully realizing quantum-computing technology? 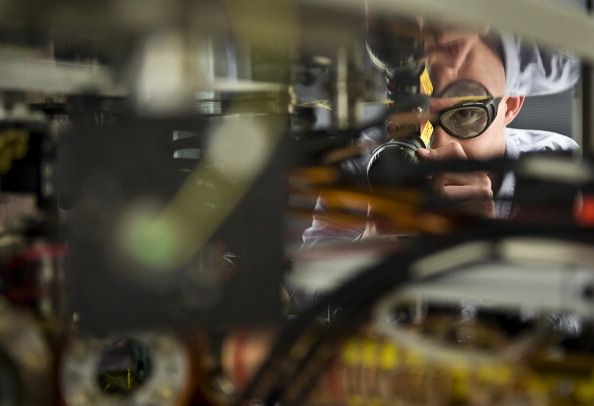 It may be easier to first answer why we even need quantum computing. There are certain challenges that today’s computers, no matter how sophisticated they may become, are inherently unable to get over. Think of it this way: We can hypothetically think of something so physically heavy, that we wouldn’t be able to lift it even if we utilized the combined strength of every single person in the world. Likewise, there are, in principle, computational problems so complex, that we don’t have enough computational power on Earth to tackle them.

But what if we invented a new kind of computer? One that was much stronger? The driving argument for quantum computing is exactly that: Theoretically speaking, we could utilize the power of quantum phenomena such as superposition and quantum entanglement in order to create what is effectively a supercomputer, exponentially stronger than any computer currently in existence.

To grossly oversimplify things, the fundamental idea behind quantum computing is that such computers would be able to occupy several states at the same time, much like the way Schroedinger’s hypothetical cat is both alive and dead at once. This double position is appropriately called a superposition. It is this principle that should allow computers, in some instances, to conduct several computations at the same time, something which just isn’t possible in the realm of classical mechanics and classical computing,

There is no simple answer to the question of when quantum computing will, in practice, solve real-world problems. A cautiously optimistic estimate would be approximately ten years, but there are some who claim that we are only three years away from the quantum revolution. Either way, the next step in computer evolution is upon us.