We all know how the world adores shakes. The Austrians knew this really well so they invented a specific kind of overloaded shake known as Freakshake. As the name suggests, the shake was not only huge, but was also topped with multiple toppings that were not only indulgent, but also became one of the most viral shakes. The idea came from Canberra to Newcastle from which it expanded dramatically. 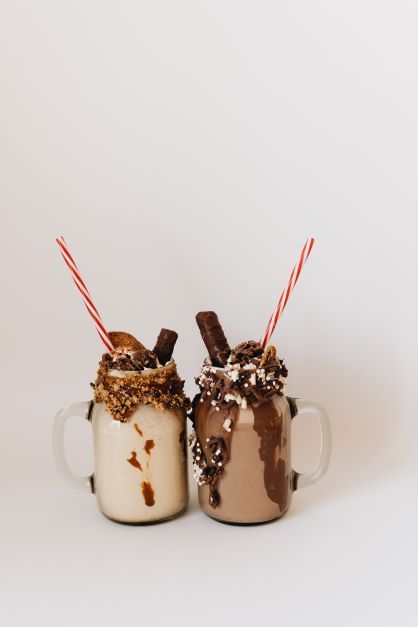 It was noted that one of the restaurants even added pork and cheese into their shakes just to ensure that they reach the crazy level. The presentation is done by covering mason jars with different kinds of toppings such as white chocolate, ganache, American buttercream frosting, and dark chocolate as per your liking. The chocolate is then rolled around the top into chocolate dressings such as M&Ms, peanuts, chocolate chips, jellies; the options are endless. One of the major reasons for the rise of these freakshakes was that they got extremely viral on social media and drinking it allowed you to enter into the cool and influential gang. Many restaurant owners claimed that the reason their shake went viral was because of the social media influence of posting a picture of the shake after ordering it seems the best thing that many people did.

Such shakes look like what a pure 2 year old would want, however, these shakes led to many concerns in the health departments when they realized the amount of fat one was consuming. These freakshakes were then banned for a while due to their research which concluded that these shakes contain steroids. However, you do not need to worry as you can create these shakes at home. Just pop your favorite ice cream and milk together in a blender. Decorate your glass with multiple toppings and you are good to go.