There are many doppelgangers in Hollywood, and it honestly makes sense. After all, in a city full of beautiful shiny people, some of them were bound to look alike, and it’s truly hard not to see the eerie similarities between some of our favorite actors and actresses. One of the most infamous lookalike duos has got to be Katy Perry and Zooey Deschanel. The pop singer and actress, respectively, have been compared to each other throughout their careers. Well, it turns out that they have a pretty good sense of humor about it, judging by Katy Perry’s latest music video, which features a surprise cameo from her doppelganger. The MV for Perry’s latest single “Not the End of the World” centers around a group of aliens obsessed with pop star Katy Perry, that decide to beam her up to their spaceship and save her life before destroying planet Earth. However, the plan gets messed up when they accidentally abduct lookalike Deschanel, who winds up saving the planet from their evil plans. 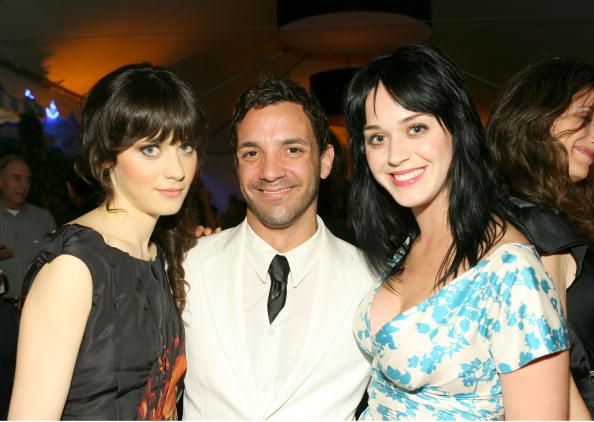 “Not the End of the World” was released as the third single from Katy Perry’s most recent album, Smile. The album was dropped on August 28th, and quickly produced two top 40 singles: “Never Really Over” and “Daisies.” The beloved pop singer took to social media to promote her new music video with Zooey Deschanel, tweeting, “In case you missed another Great Conjunction… watch 2 become 1 in the #NotTheEndOfTheWorldVid”. The striking resemblance between these two blue-eyed stars has been a hot topic for years, inspiring countless jokes and memes. The New Girl actress eventually addressed it during an interview with New York Magazine, admitting “it’s a strange relationship to have with somebody.”