The Device To Put An End To Embarrassment
Keith Donnelly

The most polite nation on Earth is known to be Japan.  This level of politeness extends itself to all aspects of life, including bathroom manners.

In Japan, many public toilets include a device mounted on the wall, that with a single press makes a noise that covers up the sound of urination.

Roland electronics company, however has created a new and improved version that blocks out all embarrassing bathroom noises, not only urination.

When people would use the toilet before new technological products came out in the 1980’s, people would simply use techniques such as letting the sink run in order to cover up bathroom sounds. But this is a rather unnecessary use of scarce water.

And now there is a more environmentally friendly solution, the toilet sound generator.

The most well known of the devices, developed by Toto, is the Otohime (meaning sound princess). Such devices solved the issue of wasting water, but still did not succeed in helping people feel completely comfortable going to the bathroom in public places, the sound made from the devices did not completely shut out all other potentially embarrassing noises.  Luckily there is now the perfect solution.

Lixil, a Japanese homeware brand has teamed up with Roland to solve this sensitive matter, and have created the Sound Decorator. Unlike current devices that cover up other noises by making different sounds, the Sound Decorator makes a pattern that causes the original noise to be less audible.

This was successfully done by creating a sound with a very similar, however stronger wavelength of the sound of urination. Through the process of auditory masking, the team was able to create a device that would weaken the other wavelengths, and in turn, rid the embarrassing noises.

The device, when activated makes a serene forest sound, with chirping birds. The Lixil team took their gear to the mountains and recorded several samples of bird’s chirping.

The Sound Decorator  became available for purchase for the first time in February and at the moment can only be purchased in Japan. There are two available version. One is activated by motion sensors when the user waves their hand (priced at $200). The other is generated automatically when it senses that a person has entered the bathroom stall (priced at $300). 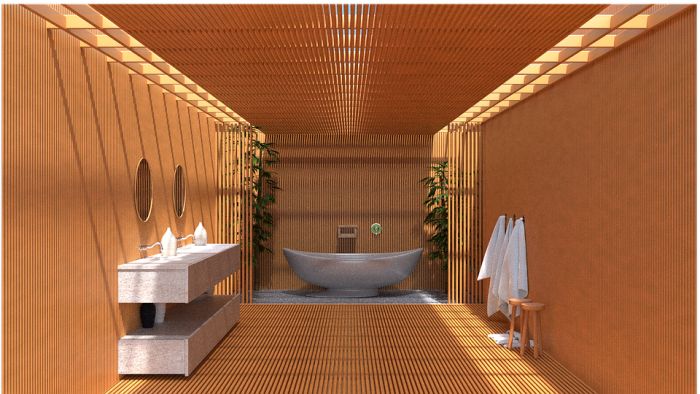