The Bond Between An Elephant And Her Caretaker
Rebecca Rodriguez

The relationship that humans have with animals is truly unique. Normally, we only get to witness this special bond between people and their pets, such as cats or dogs. However, there are many people all over the world who spend their lives bonding with animals of all shapes and sizes. This was perfectly illustrated in a video that has recently been going viral, and for the most wholesome reason. In the heartwarming clip, an elephant named Faa Mai can be seen gently pushing away visitors with her tusk, before leading his human caretaker to a mysterious destination. As it turns out, the momma elephant was guiding her beloved caretaker towards a new baby elephant. What was the reason behind this? According to caretaker Lek Chailert, Faa Mai wanted her to sing the baby elephant a lullaby. This touching video is currently making the rounds on the internet, and it’s pretty easy to see why. Beneath the video is a brief description in which the caretaker describes exactly what she believes was happening.

“While I was meeting with visitors, Faa Mai suddenly intruded on our talk with clear intent. She pushed me along out into the field, directing me somewhere and I wondered what it was that she really wanted,” reads the description on the video, which was posted on a YouTube page called elephantnews. “Finally, Faa Mai took me to see the little Thong Ae, whom she wants to adopt as her own. In the end, it seems as if Faa Mai wanted me to lullaby her little friend, as she is so fond when I sing a lullaby to her. It is so beautiful to see my little girl who has such a heart of care. I am so proud of this girl!” The wholesome story took place at Elephant Nature Park, a sanctuary and rescue center located in the Chiang Mai province of Northern Thailand. The park’s primary goal is to rescue and rehabilitate distressed elephants while offering them a sanctuary where they can live freely and happily. 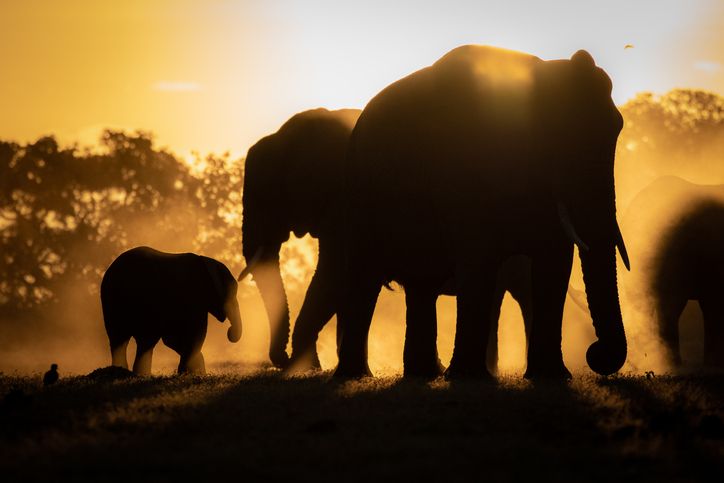 Lek Chailart has been taking care of Faa Mai since the day she was born, which might explain the incredibly strong bond between them. Apparently, when a young elephant was brought to the park, Faa Mai’s maternal instincts kicked in, and she made it clear that she wanted to adopt the little one as her own. Clearly, the bond Faa Mai has with her caretaker is so special, that she wanted to show the new baby elephant the same kind of love.