Honey Bees perform about 80% of all pollination worldwide. Fruits, nuts, and vegetables are all pollinated by bees. We have the bees to thank for the majority consumption of our food. It is said that every third meal we consume is part of the work of a bee. To much of our concern, the bee population is rapidly declining and this is a systematic problem that demands public attention.

Scientists know that bees are dying due to several factors-air pollutions, pesticides, drought, global warming, habitat destruction, and more. Most of these problems are generated due to human overconsumption. In a bad year, a bee colony may lose 15-20% of its bees. There has been a 60% reduction in bees from 1947 to the last reported time of 2008 and since then the situation is only spiraling. 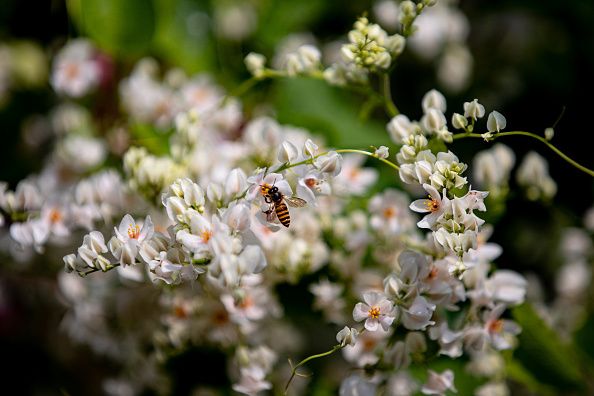 Of the many things that can be done one of them is the restoration of agricultural health. The agricultural industry sprays its produce with dangerous pesticides which the honey bees ingest and this is the main concern. The nicotine-based pesticide used in soils and embedded in seeds poses ‘acute risk’ for the bee population and is part of the toxic chemical cocktail contributing to the gradual extinction. The nicotine in the chemical that is spayed across the majority of America’s crops and affects the bee’s nervous system causing convulsions, paralysis, memory loss, and death.

Some countries have been taking action due to this major concern. Bhutan has implemented a 100% organic farming policy and they have seen results from this shift. Other European countries have also taken action to reduce toxins in agriculture and promote natural, organic produce. As a result, countries that have taken action have seen results with a slowdown in bees dying off. This is a conundrum that needs to be solved to ensure the survival of our human species.