While anime used to be a safely guarded secret, locked away in the deep recesses of nerdy basements and godforsaken conventions, nowadays, some of the biggest names in pop culture have admitted to watching at least a series or two. There have always been, however, a few shows that were universally beloved ever since their conception, even in the dark ages of anime, when people did their best to conceal their fandom for all things Japanese animated. Dragon Ball is one of those shows. 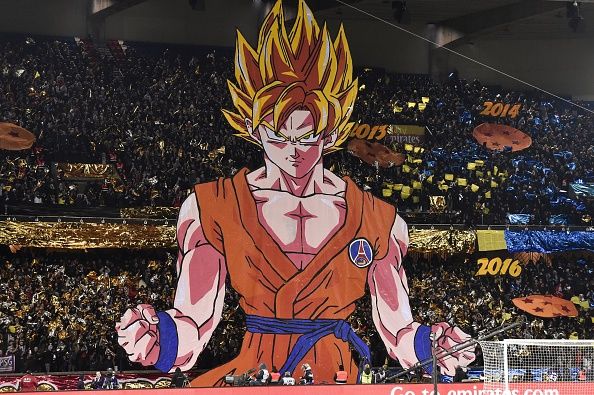 Yet what may come as a surprise to some is that one of the show’s largest, not to mention most dedicated and passionate, fanbases aren’t from Japan. Nor are they from the U.S. They’re actually from Mexico. Mexico boasts the third-largest Dragon Ball fanbase in the world, which really isn’t surprising given Japan, the U.S., and Mexico’s shared love of sweaty men duking out in over-the-top, drawn-out battles (we’re looking at you, pro wrestling).

The wrestling-Dragon Ball analogy goes even further than that; in Mexico, public viewings of Dragon Ball are a regular thing. These events are often advertised just like wrestling matches, with posters of the characters about to duke it out in the coming episodes plastered all across the city.

These events were so popular that local governments and municipalities felt as if they needed to get in on the action, hosting large, advertised viewing parties for entire towns. Needless to say that the Japanese government wasn’t too thrilled when it caught wind of these parties. In fact, the Japanese embassy felt the urge to send a harshly worded letter to some of the local towns, stating that they should cease and desist all sponsored Dragon Ball viewing events, given that they were a blatant violation of DVD viewing restrictions. (By the way, remember DVDs?) The issues were dealt with locally; some of the events were actually canceled, while other local governments delved into heated diplomatic conversations with the Japanese embassy. The shows, or at least part of them, went on.