Should You Go Vegan?
James Stanton

Have you ever considered going vegan? Considering the massive problems that the earth has faced because of people consuming meat and disturbing the food chain, and the health benefits of going vegan, many people have started choosing this as their new way of life. Vegans not only avoid all food products that come from animals, but they also avoid anything that is derived from animals like dairy, leather, or fur. If you have considered going vegan, then you will be happy to know that it may actually be worth your while. 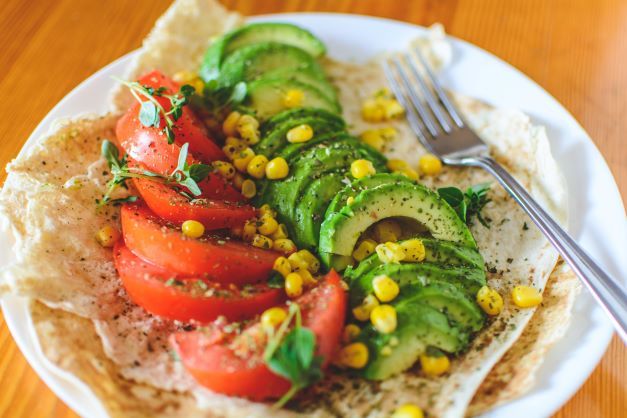 Every vegan spares up to 30 animals in their lifetime and reduces the burden on an industry that creates a lot of carbon waste. They reduce the burden on oceans where current fishing practices have endangered a lot of species of fish. If crops were produced only for human consumption instead of feeding to animals and then consuming meat, then that would be a huge step toward solving world hunger. You might be thinking that there may be a lot of advantages for the planet if you go vegan but maybe it isn’t as good for your own personal health.

This is not true. A purely vegan diet can be just as healthy as one that contains meat. Beans, chickpeas, lentils, tofu, tempeh, soya chunks, and seitan are perfect alternatives for the protein that you get in meat. As far as diversity on the menu is concerned, vegan diets now contain vegan cheese and dairy as well as vegan meat. As more and more people turn vegan, companies are trying to provide for the increased demand by creating delicious new items on the menu. If you think you’re up for the challenge and are interested in saving the planet and making a difference then it might be time for you to go vegan.

You may also like
Sweatpants for Fashion
Whether you call them sweats, sweatpants, or joggers, chances are you have a few pairs in your closet. Sweatpants are a great fashion item, especially during the winter. This is because they are so versatile and easy to style. Now because they have so many benefits, you might be wondering if you can wear them in public. The answer is yes, you can definitely wear your sweatpants in public. You see, sweatpants aren’t pajamas. So they can actually be worn while doing anything in public. However,
Read More
Sports That Get Adrenaline Pumping
Sports are fun for a number of reasons. This includes teamwork and adrenaline. Now you don’t have to participate in an extreme sport for your adrenaline to get pumping. That’s right, you can actually play any sport and get your adrenaline high. This is because you are actually interested in the sport and you are competitive. Many people don’t know but your competitive spirit is a key element of adrenaline in team sports. With that said, there are a few sports that are on the extreme side w
Read More
Crowd-Pleasing Desserts
Being the person responsible for feeding a group can be quite stressful. Especially because you really want to create and provide something for everyone. Now that can really be the difficult part because everyone has their own tastes and likes. This leaves you spending hours searching the internet for the perfect ideas. Now every meal should and usually is three courses. The first is the appetizer, the second is the main, and the last is the dessert. Most of the stress is caused by the appetizer
Read More
Classic Christmas Songs
With Christmas just around the corner, there are certain things you can expect to start seeing and hearing. This includes Christmas decorations, Christmas-themed sweaters, and definitely Christmas music. Wait, how could we possibly forget about the great Christmas movies? Now you don’t have to be crazy about Christmas to know more than you need with these things. This is simply because they are constantly all around you. With that said, there are a few Christmas songs that shoot to the top of
Read More
The Fascination With Spiders
Did you know that the or well phobia of spiders is called arachnophobia? That’s right, so if you run at the sight of these eight-legged creatures, chances are you have this phobia. Now you may simply dislike them because well they do look a bit odd and scary. But the thing is you don’t have to be. Wait, don’t shut down your laptop just yet, hear us out. You can only be scared of something you know nothing about. This is why this article will be perfect for you. Here we give you a brief yet
Read More
TMT Live Preview
geoedge-origin-div
gesource
geparentscriptid
getagid
bidswitch.net%2Fpreview
riskiq