In 2012, Hostess Brands filed for bankruptcy, it’s workers went on strike, and the owners decided to liquidate the entire company and closed its plants. Fans of Hostess snacks like Twinkies, Ding Dongs, and Singers all started to worry that they wouldn’t be able to get their favorites ever again! They rushed to the supermarket and cleared the shelves of all things Hostess.

Colin Purrington, a self-described “science fan” from Pennsylvania, was one of those people. He bought some Twinkies for what he called “future giggles,” and they stayed in his basement until a couple of weeks ago when he decided to open the box. And, for whatever reason, he decided to eat one. “Although I grew up thinking Twinkies would last for years, if not forever, I was wrong,” he tweeted afterward. “The one I bit into was chewy, unsweet, and smelled like rotting ginkgo fruit. I gagged. I have nobody to blame but myself—the box clearly warned, ‘Best Used by Nov 26th’ (2012).” 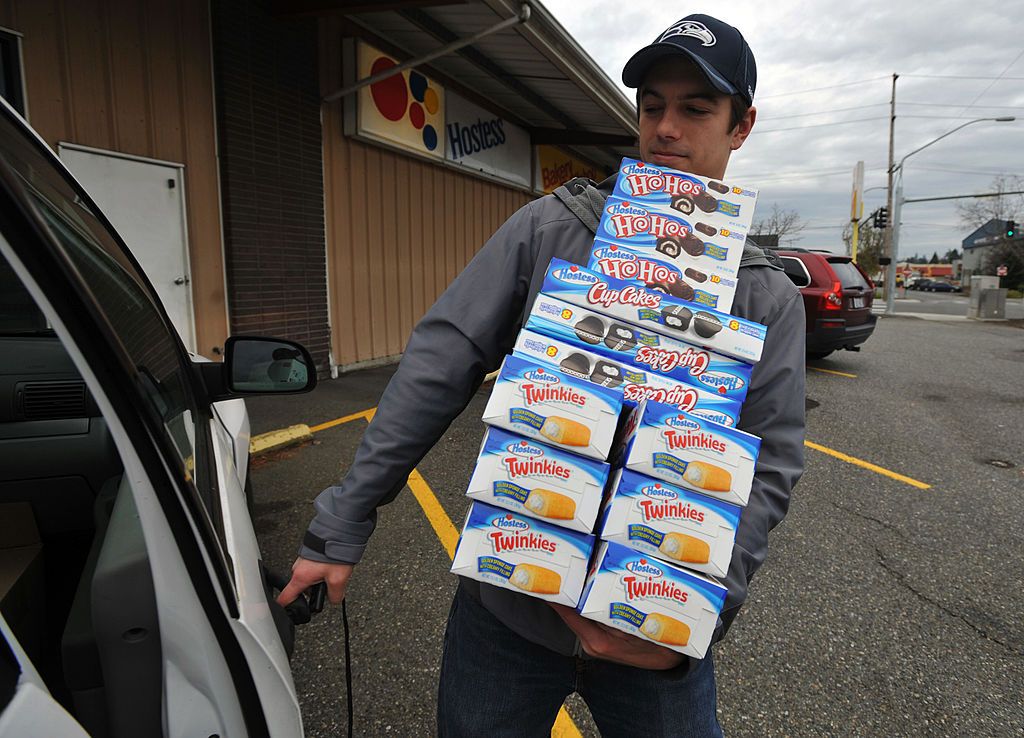 Colin Purrington continued describing his Twinkie experience in a Twitter thread that is as fascinating as you can imagine it would be. The filling inside one specimen had dried and turned an unappetizing beige color. Another was “hosting an organism of some sort.” And a third had shriveled inside its plastic packaging, constricting itself into a shriveled brown ball. According to NPR, two West Virginia University scientists scrolled past Purrington’s gross pictures, and they knew they wanted to get their hands on those Twinkies—especially the nasty wrinkled one. Brian Lovett, a postdoctoral researcher, and Matthew Kasson, an Associate Professor of Forest Pathology, were quite curious about what kind of fungi might have developed on the Twinkies, and what kind of environment might’ve been inside its wrapper.

“You end up with a vacuum [inside the package],” Lovett told the outlet. “And very well that vacuum may have halted the fungus’s ability to continue to grow. We just have the snapshot of what we were sent, but who knows if this process occurred five years ago and he just only noticed it now.” The scientists took samples from the different Twinkies and put them in lab dishes to see what might grow. The moldy Twinkie eventually grew a strain of an “airborne, indoor mold called Cladosporium,” but the other samples didn’t grow anything. “It may be that we don’t have any living spores despite this wonderful, rare event that we’ve witnessed,” Lovett said. “Spores certainly die, and depending on the fungus, they can die very quickly.”