Revisiting In Utero: Dave Grohl’s Looks Back to His Nirvana Days
Rebecca Rodriguez

In Utero was grunge-sensation Nirvana’s final studio album before the untimely death of their lead vocalist, the Rock legend Kurt Cobain. Recorded by the heralded audio engineer Steve Albini, the album’s sound signaled a backward turn from the radio-friendlier Nevermind (1991). While the major record labels at the time were skeptical regarding its commercial viability, the album has since become a critical and commercial success. Reviewers praised the album’s abrasive and dark character, and the album sold 15 million copies worldwide. 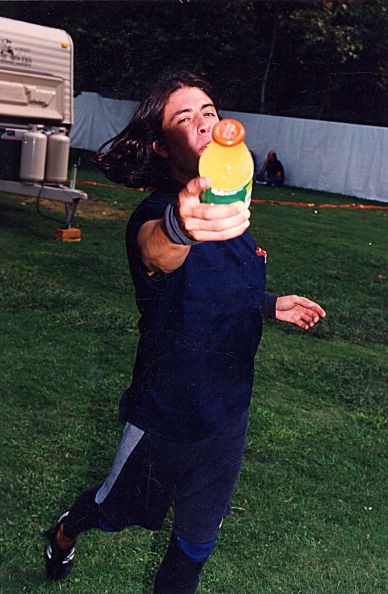 And yet, it’s an album Dave Grohl, former drummer of Nirvana and the lead vocalist of the Foo Fighters, can not bring himself to listen to, stating that the album “makes [his] skin crawl.” Grohl went on to explain that the album “captured a moment in time for the band, and it’s definitely an accurate representation of the time, which was dark.” Also stating that “I hear the songs on the radio every once in a while, and I like the sonic difference of hearing ‘All apologies’ or ‘Heart-Shaped-Box’ come on in the middle of a bunch of compressed Pro Tool-ed modern rock radio music because it stands out. But lyrically and conceptually, it’s not something that I like to revisit too often. What I love the most about it is the sound urgency and the sound of three of us in a room.”

The tragic passing of Kurt Cobain has reached a mythological status, and it served to quickly overshadow the music of In Utero. And yet, Grohl remembers the process of creating the album: “Nevermind was intentional, as much as any revisionist might say it was a contrived version of Nirvana, it wasn’t – we went down there to make that record, we rehearsed hours and hours and hours, day after day, to get to Nevermind. But In Utero was so different. There was no labored process. It just came out, like a purge, and it was so pure.”