Somewhere in the freezing wasteland between Norway and the North Pole resides what some knowledgable people claim may just be the most important room in the world. No, it isn’t a second Pentagon, and it isn’t a giant nuclear weapons hangar or anything of the sort. The room bears barely any relation to the military-industrial complex. What it does bear, however, is seeds. Yes, the world’s most important room in the world is basically just an oversized seed fridge tucked away in a remote, icy, uninhabited crevice somewhere in the frost and rime. 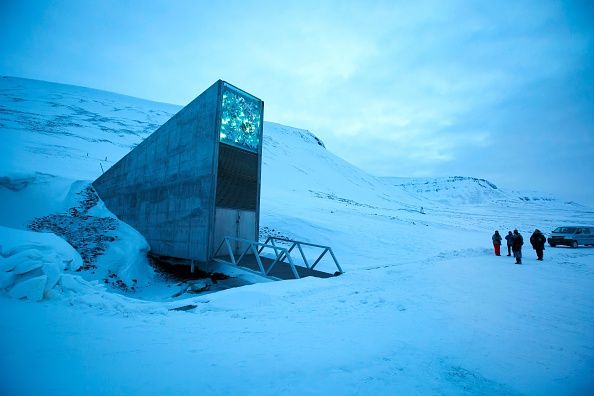 Norway’s doomsday seed vault, as some call it, contains over 930,000 novel varieties of food crops. It is basically an insurance policy for the entire web of modern agriculture. It is the world’s largest collection of agricultural biodiversity, containing over 13,000 years of agricultural history. The room was designed to protect the world against an apocalyptic event or a global catastrophe, but it plays an active part in the daily workings of the world as it helps amend small-scale destruction too. We are, of course, talking about the genetic extinction of certain kinds of seeds and crops. “There are big and small doomsday going on around the world every day. Genetic material is being lost all over the globe.” Says Marie Haga, executive director of the Crop Trust.

The seed vault was tailor-made to combat these small-scale doomsdays. Samples of all kinds of endangered seeds and crops get transferred to the vault in Norway and from there to many other, smaller seed vaults, thus ensuring the crops’ safety as a species. With such an important role to fulfill, it’s no wonder that the seed bank is located way past the edge of the civilized world, far from the terrors and threats that plague the modern world.