It was June 17th when New Balance announced the release of their new MADE 990 Version Series. The series signals an unprecedented retrograde turn; New Balance is going back to some tried and true favorites, the retired 990s. The 990s have cemented their place in sneaker history, growing very much attached to New Balance’s brand and general trainer sheik. The renewal will be an elevated tribute to the MADE 990s, which are celebrating their 40th anniversary. The plan is to showcase the heritage of the sneakers while still tweaking them to fit modern-day sneaker trends, most notably embodied by the subtle ruby-red accents on the gray shoe. 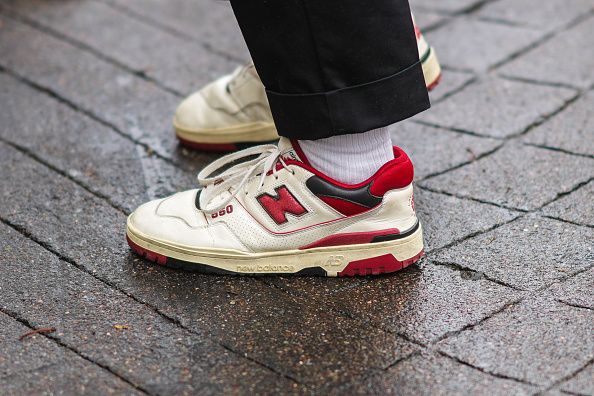 The brand is planning to kick off the 990 Version Series with a rare and limited release of the 990v1. This, however, won’t be the only throwback shoe they’ll be releasing. Throughout the rest of the year, NB will release several renditions of the classic v2 and v3 sneakers as well. This is sure to make any nostalgic sneaker lover swoon. The new renditions will be ornamented with sharp touches of ruby on the tongue and tag of the sneaker. Furthermore, the sole, insert, and duster bag will feature an image of the clock tower at the New Balance factory in Massachusetts.

Chris Davis, CMO and Sr. Vice President of Merchandising stated: “There are only a select number of shoes in our industry that can be referred to as iconic. The 990 is one of them. From Washington D.C. to Tokyo, to Milan, the 990 has been a pillar of the New Ballance brand for nearly forty years. Respected by sneaker connoisseurs around the world and attracting new consumers to our brand, the 990 Series represents the pinnacle of Made in USA craftsmanship and an understated elegance that transcends the cyclical nature of the trend.” We couldn’t have said it better ourselves.