NASA’s Perseverance rover launched from Kennedy Space Center in Cape Canaveral, Florida, on July 30. Perseverance is on a seven-month interplanetary flight. It’ll land on Jezero Crater, the site of an ancient crater lake that the rover will search for signs of past Martian life. The $2.4 billion robot is now on Mars and NASA is determined to find out the answer to the question: is there or has there ever been life on Mars? “Our strategy is to look very deep in time, back to this time when we believe Mars and Earth were much more similar,” says deputy project scientist Ken Williford of NASA’s Jet Propulsion Laboratory (JPL). “Studying Mars and its ancient environments- what can we learn about our place in the universe? Are we alone? Have we always been alone?” 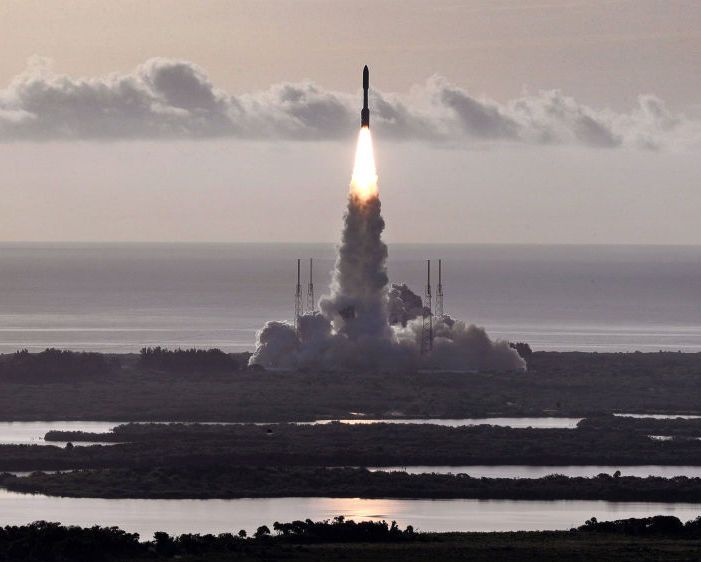 The mission itself won’t be easy. Perseverance has to go through a seven-minute plunge through the thin Martian atmosphere. In order to survive the first task, Perseverance will rely on a heat shield, a parachute, a new navigation system, and a hovering sky crane that will lower the rover to Jezero’s soil. Once it’s succeeded in that task, the robot will deploy a small helicopter named Ingenuity and the chopper will find out whether powered flight in Mars’s thin air is within human capability. “A vehicle to fly on mars has to be really light, as it has to spin really fast,” Ingenuity project manager MiMi Aung says.

This mission is part of an operation called Mars Sample Return. The goal is to bring pieces of Martian material back to Earth where scientists can study them. “If you want to confirm that life exists beyond the Earth, you probably cannot do it with any instruments that can be flown away,” Kenneth Farley, the project scientists for Perseverance and a professor at the California Institute of Technology, told The Verge. “You really have to bring samples back to the lab.” Data from NASA’s most recent rover, Curiosity, turned up the fire in the search for life. Curiosity was placed in a basin called Gale Crater in 2012. There its instruments determined that the area was once a giant lake. “At the same time as that environment exist, on Earth a similar environment would not only be habitable, it would have been inhabited,” Farley says. “There would have been living organisms in a very similar environment at a very similar time on Earth.”