If you think that you’ve been in a controversial situation, well, just wait until you hear this story. Marina Balmasheva, a Russian social-media influencer best known for her impressive weight-loss journey recently received no shortage of backlash after announcing her engagement to her twenty-year-old stepson. For the record, she’s thirty-five years old and raised him for the past ten years.  At the moment, unsurprisingly, she’s gained more attention for her upcoming marriage, rather than for her weight-loss adventures.

What’s also even more strange is that she announced her upcoming marriage and plans to have children with her step-son only shortly after divorcing her husband, who is, of course, the father of her step-son.  Her social media announcement was obviously already enough to stir up some serious controversy, but for whatever reason, she decided that it wasn’t quite enough, and also decided to post again with photos of her, together with her step-son was he was just seven years old, and she was twenty-two, next to another photo of them today as a happy couple. 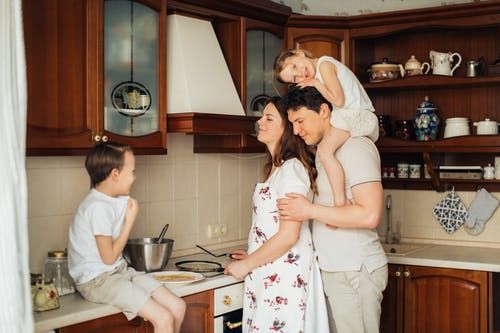 Many expressed that they believe her behavior to be immoral, however, she wrote in her post that although she is aware that many people will surely judge her, she knows that others will support their relationship, and what really matters to her at the end of the day is that they are happy together. Marina and her ex-husband had adopted five children together, and he also had two children from his previous marriage. She was reported to be unable to conceive herself, and the media had first thought that the divorce was caused by such.  However, it was further discovered that they had developed a mutual attraction for one another, especially as she started to lose weight.  Child services have removed her adopted children from her custody, and they are now with their father. She has also been told that she’s not allowed to post any photos with the children.