What am I, a piece of fried chicken? Maybe that’s what our society is aiming to become. KFC has recently released a new bath bomb that smells just like their legendary, finger lickin’ good fried chicken.

The unique soap is the product of a combined effort with Village Vanguard, a Japanese company, who also has a soup bath product that turns your entire bathtub into a massive bowl of soup. The chicken soup comes in the shape of a chicken drumstick, and the official name of the soap is Chicken smell bathing powder. Yum.

If you think it’s worth a try, you’re out of luck. This is an exclusive, limited edition product. KFC chose only 100 people through a lottery method in November. Oh and you also need to live in Japan.

KFC seems to know what they are doing and know how to keep their fans on the edge. The fact that KFC only follows 11 Twitter accounts had fans going crazy. But it was recently discovered that this is not just to make fans want more fried chicken, but is in fact a tribute to their famous eleven herbs and spices chicken.

The eleven accounts that they follow are six men named Herb, as well as the five former Spice Girls.

KFC also released a limited edition collection of fried chicken scented candles, as well as edible nail polish and scented sunscreen. KFC has got it going on. 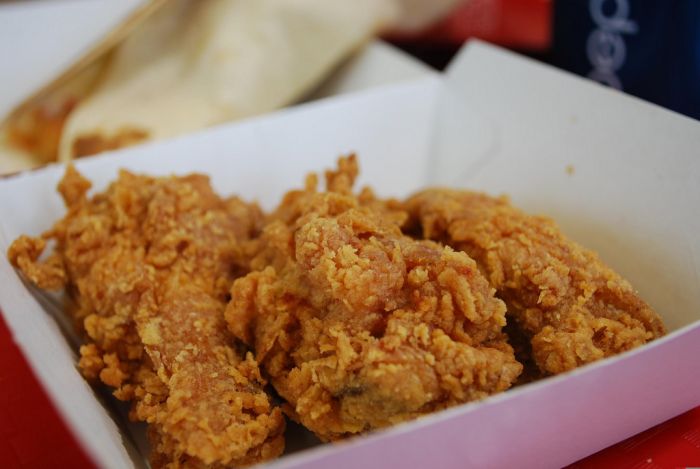