With the ongoing global health crisis, it can sometimes be hard to notice all the good things happening in the world. However, that doesn’t mean good things aren’t happening. In fact, some truly happy news was just announced earlier this week. In honor of World Elephant Day, the Kenya Wildlife Service took to their Facebook to report some positive news: that over the last three decades, the country has managed to double their elephant population. In an age when many animal species, including elephants, are considered endangered, this news is truly heartwarming, and exactly what the world needed right about now. According to the organization, the Kenyan elephant population has shot up to 34,800 – up more than double the population in 1989, which was 16,000. The wildlife service took to their official Facebook page to share the good news with their followers, sharing a message from Kenya Wildlife Service Director John Waweru.

“Kenya has a Conservation and Management Strategy of Elephant in place to guide elephant recovery strategies. I am following keenly on its implementation and I am happy with the progress we are making since its launch in year 2012 that has seen our elephant population steadily grow from 16,000 in 1989 to 34,800 by end of 2019 which is more than double the population in the 90s – Kenya Wildlife Service Director General Brigadier (Rtd) John Waweru. #WorldElephantDay” 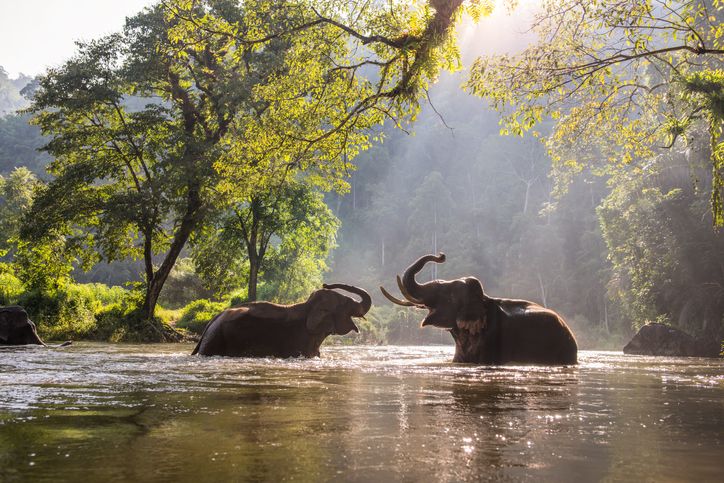 The happy news was announced by Waweru during his visit to Amboseli park to commemorate World Elephant Day. The country’s tourism minister also spoke at the event, noting Kenya’s significant progress when it comes to saving their elephant population. “In the past couple of years, we have managed to tame poaching in this country,” Balala said. According to reporting by Fox News, The government of Kenya “has imposed longer jail terms and larger fines for poachers and smugglers as part of its crackdown on the ivory trade.” Apparently, these harsher punishments are paying off. In 2020, the country has only had seven elephant poaching incidents, compared to 80 in 2019.