Japan’s unique cherry blossom trees (otherwise known as sakura) play an incredibly singular role in Japanese culture: They’ve been the subject of countless songs, they appear on the backside of Japanese coins, and they’ve been officially named Japan’s national flower. They also carry the weight of an entire structure of Buddhist symbolism – the blossoming and eventual withering of the stunning pink flowers symbolize the transient nature of life and the beauty which is formed out of that impermanence. So, seeing as the world is slowly but surely getting back on its feet, and the prospect of visiting Japan seems closer than one could ever have imagined only a few months ago, we’ve decided to compile a brief list of a few of our favorite spots to cherish Japan’s stunning botany. 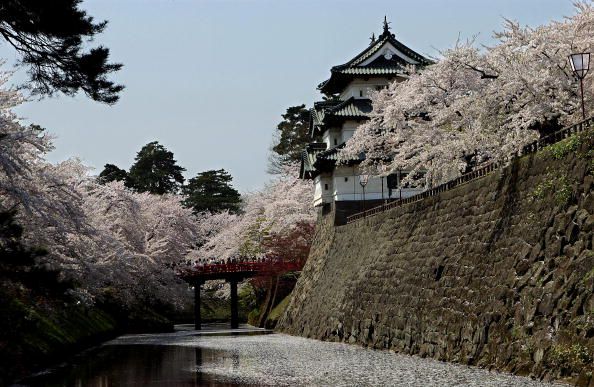 The incredible Hirosaki Castle is home to approximately 2,600 blossoming cherry trees. It’s widely considered to be one of the greatest locations for viewing Japan’s unique cherry blossom. To top things off, the place is also the location of a four-hundred-year-old castle, filled to the brim with rich historical significance and exhilarating stories from the past. The only problem with this spot would be how popular it is. Let’s just say it can get a little crowded. 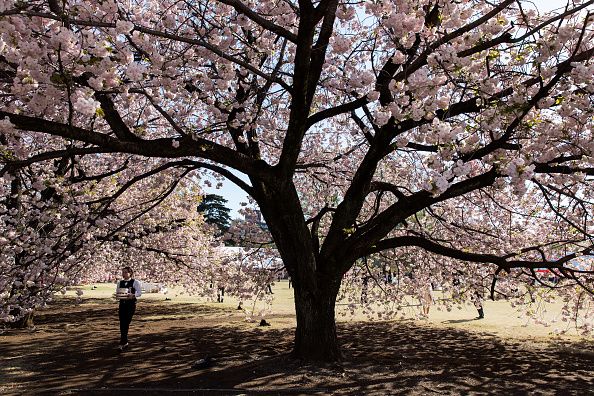 We’ll be the first to admit that this spot gains a few bonus points for merely being located in the Tokyo area, and yet the landscape is on par with any other in this list. The park is home to over a thousand cherry trees and is unique in that the sakura in the area blooms both a bit earlier and a bit later than most cherry blossom trees in Japan.

One of the most iconic sites in all of Japan, how could we not add this picture-perfect view to our list? Visitors going through the area during the cherry blossom seasons are treated with a once-in-a-lifetime view of both the breathtaking Mount Fuji and a sprawling expanse of pink sakura trees. Truly a sight to behold.