Table tennis is one of the most popular indoor sports out there. You might have played at home, school, college, or even seen a table in your office. If you haven’t had the chance to try your luck at the game then it might be time you go to a local entertainment center and try it out. It is a great way to blow off steam and a fun way to pass your time after lunch, during breaks, or on hangouts with your friends. 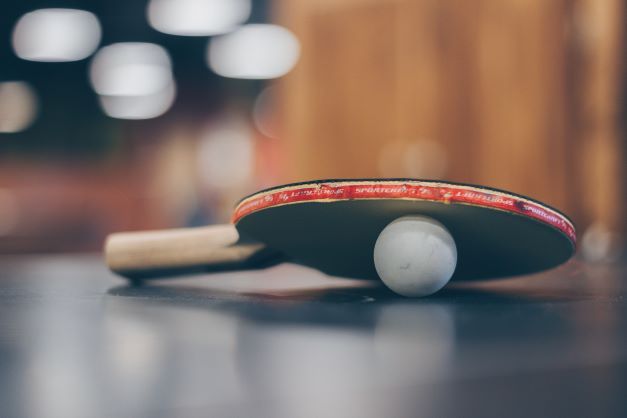 The game is much like field tennis. The table is divided in half by a vertical line and a net is placed in the middle. Whether it is singles or doubles, the service toss is one on one where the first serve is done by hand and then the round is continued with rackets. The winner of the first round serves first, and you change serves in even rounds, usually after two serves. If you are playing one on one with a friend, then your serve should bounce once before the net and once after on the side of your opponent. After the serve, each of you hit the ball with a racket and make it bounce on your opponent’s side. If you miss the ball when it comes towards you or hit it off the table, the opponent gets a point.

Doubles work almost the same way. Only because it is two on two, you play in diagonals and switch sides at every serve. Like every game, table tennis requires a lot of practice and coordination between partners for the team to play well. You need to hit the ball just enough to get it to the other side, but not so light to invite a smash, where the opponent hits the ball really hard to you making it impossible to play.