How Many Teeth Do Sharks Have?
Laura Lee

Sharks are probably one of the most fascinating sea creatures. Yes, they are known as predators that eat humans in horror movies, but there is so much more to them. This is why many people actually do research on sharks. You see there is a lot to learn about when it comes to this mysterious sea creature. One of which is their teeth. Now whether you have seen a real-life shark or simply seen one on television, you must have noticed that they have lots of teeth. But how many teeth do they have exactly? Well, that’s what we are here to find out. 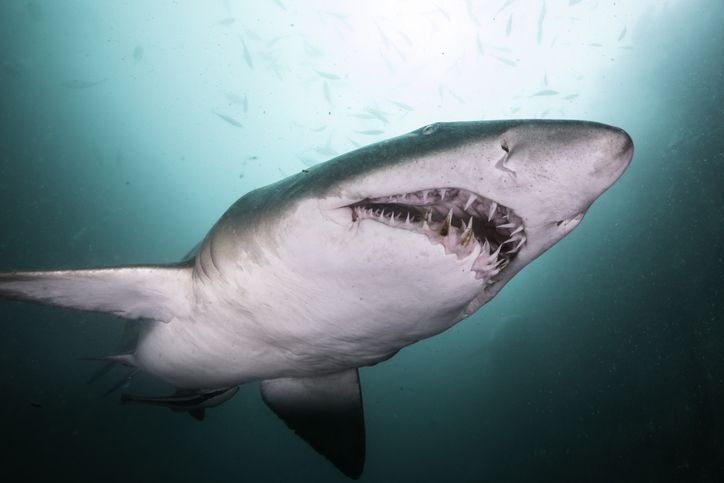 The main reason why sharks are seen as infamous predators is that they are able to replace their teeth. This is also why you will see that a shark doesn’t just have one row of teeth. Instead, they have a few. Sharks typically have anywhere from 50 to 300 teeth at one time. If for some reason they lose a tooth, they simply replace it with the one behind it. To make it easier, simply think of this as a conveyor belt of teeth. The teeth of a shark are made from dentin, which is why they are so strong. Now unlike humans and other animals, a shark’s teeth don’t have roots that help keep your teeth in place.

Instead, the teeth of a shark are rooted directly in its gums. Now with natural wear and tear they do tend to fall out. This may come as a surprise but the average shark actually has fifteen rows of teeth. Now you may think that that’s a lot but when you look at the mouth of a shark, all its teeth fit in quite comfortably. Remember how we said that some sharks have up to 300 teeth? Well, that’s just a rough estimate, there have in fact been sharks that have a whole lot more than 300 teeth.