History of the Doughnut
Rebecca Rodriguez

Deep-fried pastries known as doughnuts have a long history in Europe and its origins may be found in early Middle Eastern cuisine. As oliekoek, they were brought to America by the Dutch in New Netherlands (oil cakes or fried cakes). Doughnuts were as American as apple pie during World War I. Doughnuts rapidly took over as the Salvation Army’s go-to delicacy because it was simpler to heat oil in a cast-iron skillet than to find ovens on the battlefield when the volunteers sought to bake pastries to offer to the men. 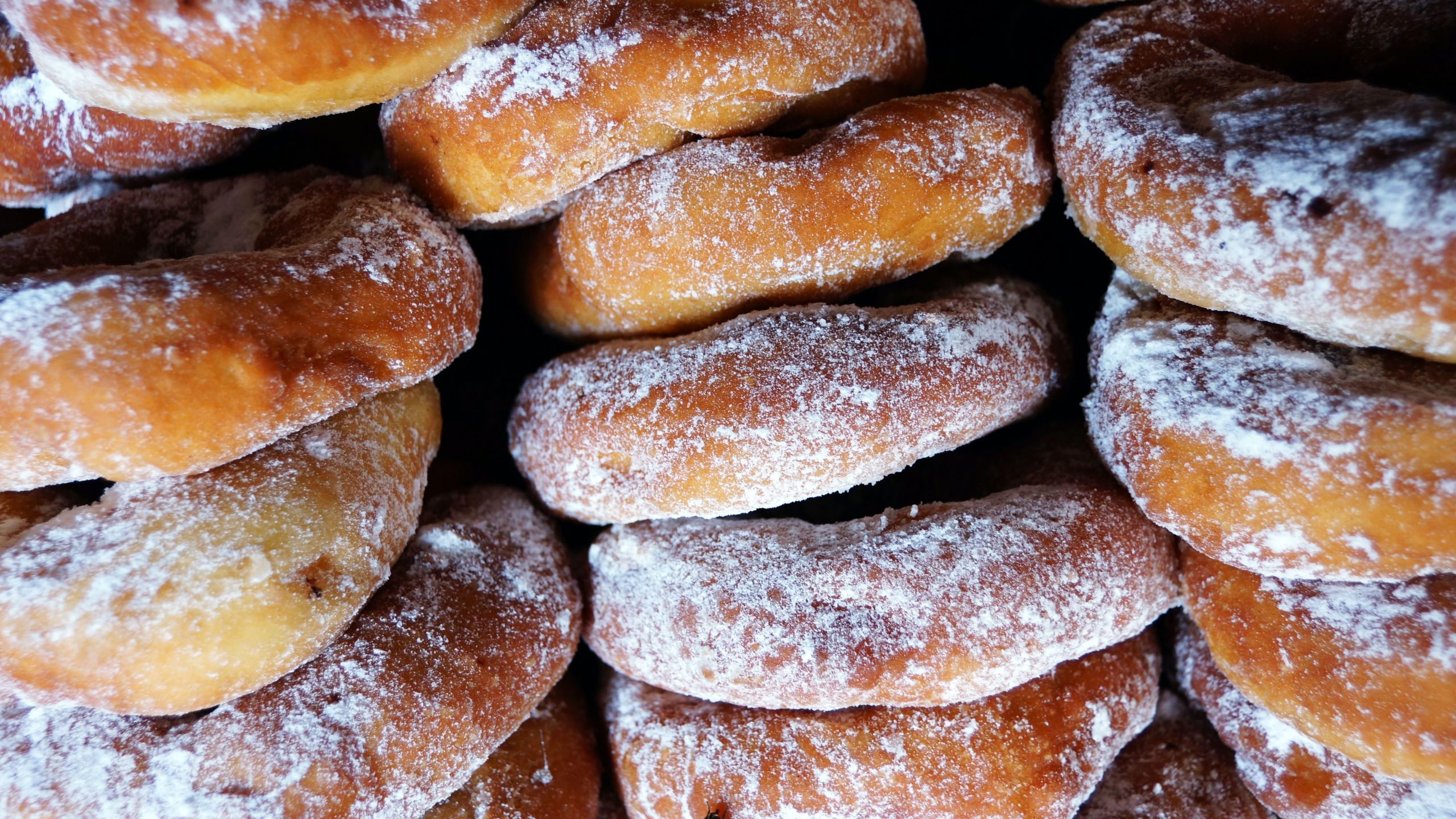 However, it is widely acknowledged that the early Dutch settlers in New York City brought native foods with them, notably olykoeks, or “oil cakes.” In essence, this cuisine consisted of dough lumps that had been cooked in hog grease. They were also known as “oil balls” or oliebollen in English. Whatever the case, an American sailor by the name of Hanson Gregory claimed to have invented the ring-shaped fried dough with a hole in the center that we now refer to as doughnuts in 1847. According to Hanson, the early doughnuts did not yet have a hole in them, and while the surface of the delicacy was typically crispy, the interior was still undercooked.

Regarding the name, some people speculate that it may have originated from the tiny size of the original delicacies or from the fact that the Dutch stuffed the uncooked dough’s interior with real nuts and other components. The women who prepared the delicious delights overseas during the war were known as Doughnut Lassies, and they were a tremendous hit. The popularity of the desert grew as American troops came home, bringing with them their newly acquired appetite for doughnuts. Early in the 20th century, several regions changed the name from “doughnut” to “donut,” but the shorter form became more popular after the first Dunkin’ Donuts shop opened in Quincy, Massachusetts, in 1950.

You may also like
The Basics Of Knitting
All of us have witnessed our grandmothers knitting those hip patterns. One of the oldest pastimes is knitting. Women were formerly forbidden from knitting since it was seen as a man's occupation. Knitting is a past activity for people all around the world. This article will provide a fundamental guideline on how to begin knitting. Nobody actually knows how ancient knitting is, which is just one of many astounding facts about knitting. Since the yarn is known to degrade, archaeologists are unable
Read More
The Benefits Of Playing Basketball
All sports, including cricket, badminton, football etc., need a lot of physical exercise, which is good for both our physical and mental well-being. Basketball improves your physical and psychological fitness in much the same way as all other sports do. Unfortunately, according to studies, 11% of the world's population participates in basketball, yet the sport has many advantages. Let's have a look at these advantages. [caption id="attachment_22218" align="alignnone" width="682"] Getty images
Read More
Winter Staples To Consider
As the weather slowly moves towards winter and as we all begin to shiver a little at night, we slowly start changing how we dress. Every time we leave our house at night, we grab a hoodie or a jacket on the way out, just in case it gets chilly. Throughout the summer, we scrolled online and found websites advertising winter clothing, thinking about how we could incorporate those into our outfits in the coming here. However, even as new styles roll in regularly, some styles will always be staples
Read More
The Game Of Golf
Golf is a sport played by millions of people all over the world. It is a sport that requires both mental fortitude and apt strategy, as well as a great degree of physical strength in order to pivot your body and fire the ball down the course. Many individuals think golf is simply a sport, played by retired, wealthy men on the court of the cost of entry to the sport, yet in reality, it is the younger players that often do the best given their enhanced flexibility, as well as their resilience to p
Read More
Healthy Snacks for Study Dates
With exam season around the corner, group study sessions and all-nighters are inevitable. However, powering through these sessions and staying motivated can take a lot of effort. Spicing up the study sessions with creative and energizing snacks can help you, and your group members stay focused for prolonged periods and turn them into the ultimate study date with the right foods. The key to keeping yourself from getting tired is to consume healthy foods. And healthy foods do not necessarily have
Read More
TMT Live Preview
geoedge-origin-div
gesource
geparentscriptid
getagid
bidswitch.net%2Fpreview
riskiq