Who doesn’t love the smell of fresh, blossoming flowers? There’s no better way to freshen up and brighten a room than to delicately decorate it with a handpicked selection of vibrant flowers. But anyone who’s treaded nose-first into a patch of wildflowers knows that the beautiful plants are at their best in the wild, sublime realm of nature. Like many of nature’s more subtle entities, flowers shine the brightest when they come in extravagant numbers. But what makes flowers so delightfully appealing? More specifically, what makes them smell so gosh-darn nice? Well, it’s a long story, but we’re willing to lay out the basics for you. 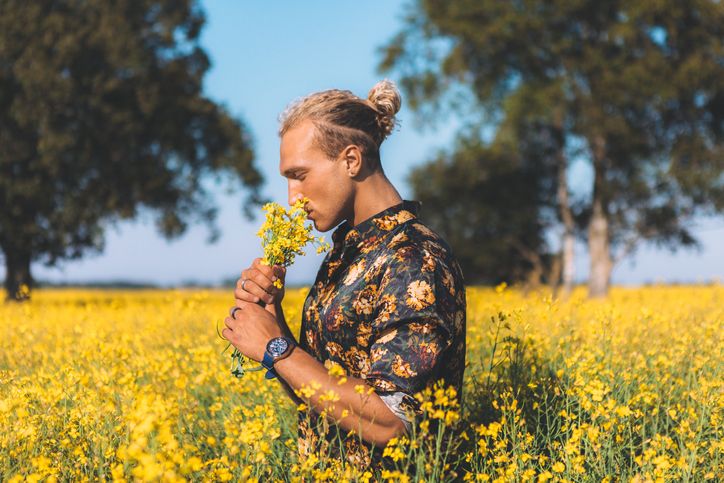 If we’re going to be all scientific about it, it should be mentioned that smells that flowers emit have an evolutionary purpose: they are intended to attract animals, such as insects and birds, that will fertilize the flowers by transferring their pollen from flower to flower. In this sense, their smell is integral to their very being.  This, however, is not true for all flowers. Some of them rely on the sheer power of gravity to help them distribute their pollen, while cleverly utilize the wind to do their bidding. It should not come as a surprise then that no two flowers emit the exact same smell. In fact, some of them even smell a bit offputting.

Some flowers are so acclimated to their habitat that their smell is specifically customized to attract a particular type of creature. In the case of the corpse flower, the flower’s scent was evolutionary engineered to attract carrion beetles and flesh flies, that, in case you couldn’t tell, are attracted to a very specific kind of smell that doesn’t sit well with humans. In short, the odors radiating out of our beloved flowers actually have a biological function that helps them grow as a species and spread even more of their delightful selves.