Fans of American Indie band Fleet Foxes are probably feeling pretty happy right about now, and for good reason: the Seattle-based group just dropped a brand new surprise album. The band made a promise to fans awhile back that they would release some new music this year, and indeed, that promise was kept when Fleet Foxes dropped their latest studio album Shore on Monday. Interestingly, the album’s release coincides with the autumnal equinox – one of two days in the year when the sun is directly above the equator and day and night are the same length. Those who know the band well think it’s pretty likely that this wasn’t a coincidence.

Fleet Foxes frontman Robin Pecknold was recently at a press release where he told reporters that the long-awaited album has been in the works for an entire two years now. The recording was completed earlier this month. In the same interview, American singer and songwriter listed Nina Simone, Sam Cooke, and Arthur Russell as some of the musical inspirations behind the new album. 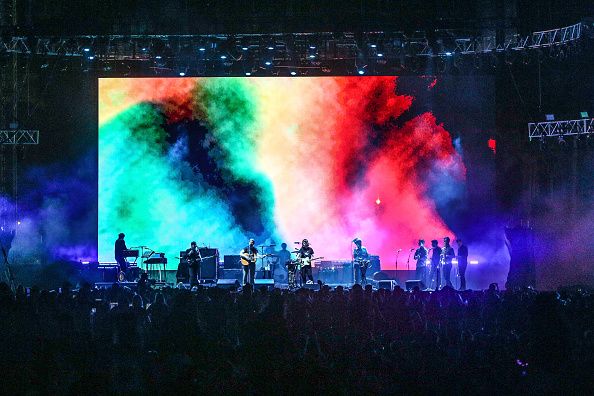 “I see shore as a place of safety on the edge of something uncertain, staring at Whitman’s waves reciting ‘death’,” said Pecknold during the press release. “Tempted by the adventure of the unknown at the same time, you are relishing the comfort of the stable ground beneath you. This was the mindset I found, the fuel I found, for making this album.”

The band also took to their social media accounts to announce this latest release, posting on their Instagram page, “Album is out! This one was an intense two-year labor of love and I’m elated that it’s out in the world now, so soon after we finished it. Really hope it can be a 55-minute life-preserver in this ocean of bad news. This album was almost abandoned back in April but I’m so glad it came together how it did over the summer, so glad to share it, and so glad to have some time now to make even more music, other songs that will soon enough live alongside it.”