Art is a form of self-expression, and freedom of speech is a right in America. However, a Florida couple is being fined one hundred dollars per day due to their refusal to cover up their Starry Night mural painted outside their home.

Nancy Nemhauser and Ludomir Jastrzebski were originally fined two hundred and fifty dollars a day, but it was reduced to one hundred per day in December.  The initial plan was to stop the fines after thirty one days, but it was ruled by Magistrate David Tegele that Mount Dora city could continue fining the couple as long as the mural stands.  According to city officials, the Van Gogh mural violates the code of the city.

The painting is apparently seen to be a sign and provides business for the artist of the Starry Night mural. At the same time, it is also seen as a distraction and therefore danger to drivers.  The city has lawyers backing up their causes, expressing their concern about the dangers of the situation.

Nemhauser has told the court that the mural was created for her autistic son. The couple is hoping for him to move into their house together with his caretakers.  She further pleads to the court that there are many other homes and buildings in the residential area of the city that have art on them as well, and struggles to understand why they are specifically being targeted.

The Florida couple has been fined with an accumulated $8,000 and believe that their constitutional rights have been violated.  The couple’s lawyer, Jeremy Talcott says that the they plan on not paying a penny until they have tried everything they can in court. 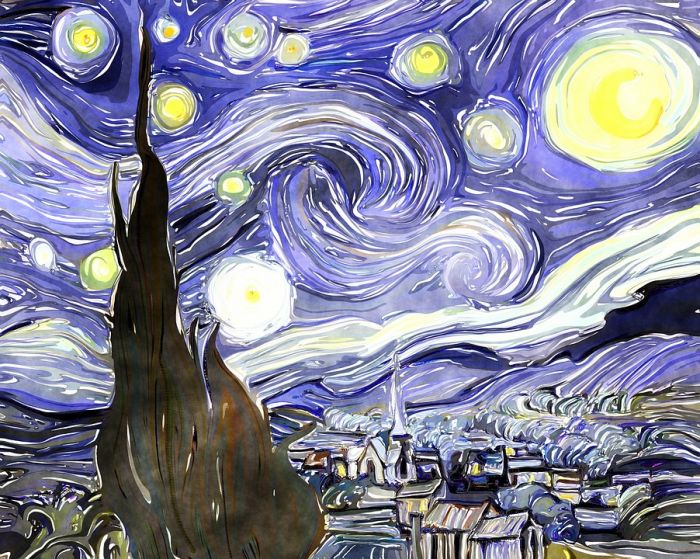