The Difference Between EDM And Trance Music
Claire Miles May, 17
Preparing For Your First Pet
Rebecca Rodriguez May, 15
A Beginners Guide to Speed Walking
Keith Donnelly May, 13
Quick Meals That are Filling
Laura Lee May, 11
Cow's Milk or Almond Milk
Laura Lee May, 09
You Can Still Look Fashionable In The Winter
Keith Donnelly May, 07
How is Snowboarding a Sport
Claire Miles May, 05
The Hairless Wonders of a Sphynx Cat
Ida Lieberman May, 03
The Intelligence of a Pig
Claire Miles May, 01
Queen’s Greatest Hits
Rebecca Rodriguez Apr, 29

Love is the most wonderful bond two people can have with each other. Even more so if you’re bringing a child into the world together. But what if the connection is so strong, that you would do anything possible to make sure to hold onto it?

A young woman from a small village in Honduras, Rosa Castellanos Diaz was pregnant with twins with her boyfriend, Melvin Mendoza. Well, at least that’s what she told everyone, Melvin included.

Rosa appeared to be pregnant and even showed her ultrasound scan to everyone.  The mother to be got on a bus to be able to give birth at Escuela Hospital.   On the same evening, she called her boyfriend with devastating news that one of the twins had died while she was going through labor, and that the other had to stay in the hospital to get special care.

Rosa returned come with a small casket for a wake. People asked if they could see the infant, but she told them that she was instructed by the hospital not to open it. Melvin was so grief-stricken that his friends needed to hold him up during the ceremony.

After the funeral, everyone was concerned about the situation of the living twin who was still fighting for it’s life. For some people however, something about Rosa’s story just didn’t seem right.  Many of her boyfriend’s friend had suspected for awhile that she had made the entire thing up to maintain their relationship.

Melvin’s friends went to the cemetery to dig up the casket and were shocked to find a doll dressed up as a baby.  They took the casket to the police and returned the doll to Rosa.

The twisted power of love. 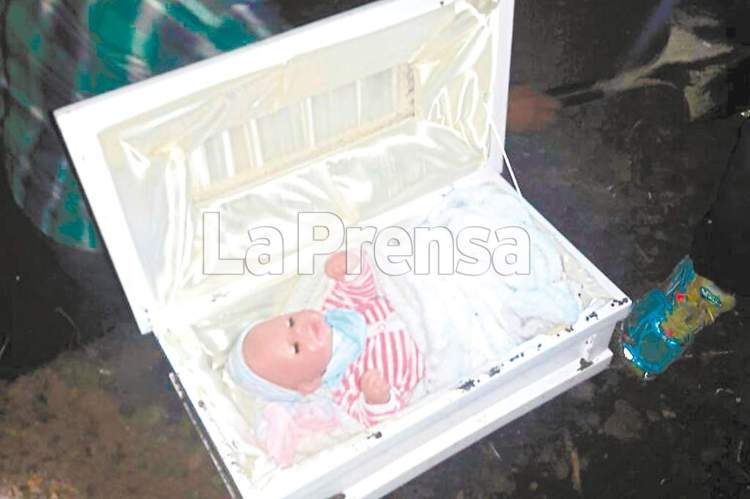 You may also like
Can Dancing Be A Sport?
Do you enjoy going out and dancing up a sweat or simply just dancing around in the comfort of your bedroom? If your answer is yes, then you will be pleased to know that dancing is actually considered a sport. This means that all the dancing you are doing at home can actually win you first place in a tournament. Well, it isn’t really that straightforward, there is a bit more to it but the point is you are able to burn calories and have fun all at the same time. That’s right so continue shakin
Read More
What You Need To Know About Foxes
Foxes belong to the Kingdom Animalia and are a part of the Caninae family closely related to wolves, domesticated dogs, etc. They belong to the sub-family Vulpes or True Foxes, with about 12 different species. In modern literature, the fox is described as cunning and even evil, but unlike the generalization, foxes are perhaps one of the most fun and loving animals. It is frequently confused to be a hunter but is often hunted, which is why it is commonly referred to as wise and cunny due to being
Read More
What Is The Best Time To Work Out?
Everyone knows how important working out is. Exercise helps improve all aspects of your life, from increased energy to better creative streaks. But what many people don’t understand is when to work out. For most working adults, the only time to work out is either by waking up earlier in the morning and squeezing in your workout or exercising after work in the evenings. The latter always seems like a much better idea because who is going to wake up earlier than they are supposed to and l
Read More
The Most Expensive Chocolates in the World
If you think the richest people in the world enjoy living in expensive mansions, eating overpriced food, driving luxurious cars, and going on exotic holidays, you are far from wrong. They also get to eat some of the world’s most expensive chocolates. The most expensive chocolates in the world range from 100lb chocolate eggs to crystal studded squares. Some of these chocolates have sold for millions due to the inclusion of rare jewelry. Others have been crafted for one-time auctions or for sele
Read More
Exercise: Cardio or Strength?
One of the most heated debates amongst gym freaks is the debate on which exercise - cardio or strength training - is more beneficial. While both have their pros and cons, it is first important to understand what each is. It is also important to understand that it really depends on your fitness goals to decide which form of exercise is more beneficial for you. What is Cardio? Cardio is short for cardiovascular conditioning. It is essentially an aerobic activity, meaning it uses oxygen to i
Read More
TMT Live Preview
geoedge-origin-div
gesource
geparentscriptid
getagid
bidswitch.net%2Fpreview
riskiq