Facebook has recently coined a new unit of time in which they refer to as the flick. This time unit, the flick has the intention of making life easier for programmers and providing them with the ability to sync the refresh rate of a screen on any device together with the viewed content.

The word tick has been carefully chosen as a combination of both of the words frame and tick.  When you play videos on your electronic devices, they show a specific number of frames per second. For example, at the moment the standard number of frames for video games is 60 frames per every second. This mean that each frame lasts on the screen for 16.667 milliseconds.

This number is not a rather simple figure to make sense of, however it is very common when dealing with frame rates. Facebook’s new time until, the flick has the goal of getting rid of these complicated numbers and to eliminate errors as much as possible by taking away the need to round up number from decimals and fractions.

One single flick is 1/705,600,00th of a second, also known as the absolute smallest unit of time (other than a nanosecond). So in a video game which has 60 frames for every second, each frame will appear for 11,760,000 flicks. This figure is an easier one to understand and deal with in comparison to 16.667 milliseconds. 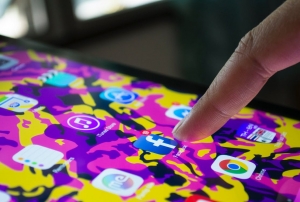 Flicks have already been put into use by programmers. There are existing tools that make the frame syncing process easier for the C++ language.  However, nanoseconds are still the most exact timing that is available at the moment. Nanoseconds are units which unfortunately do not divide with ease when dealing with most frame rates.

And although most people in their daily lives probably will never or will never need to use a flick, the new time unit, flick, could significantly enhance the user experience on various medias by simplifying the process for programmers and better enabling them to make sure that the refresh rates of devices sync accordingly to the content, whether it be a game, an audio clip or a video.

It seems as though Facebook will most likely put the flick into place in all of their vast range of products.  The new time unit could very well support everything ranging from the way in which a video advertisement appears on their extremely popular social media platform, Facebook, from to how their Oculus Rift headset provides virtual reality experiences.  The unit is a source that is completely open and can be used by all developers to use the flick in their programming in any way they see as useful.